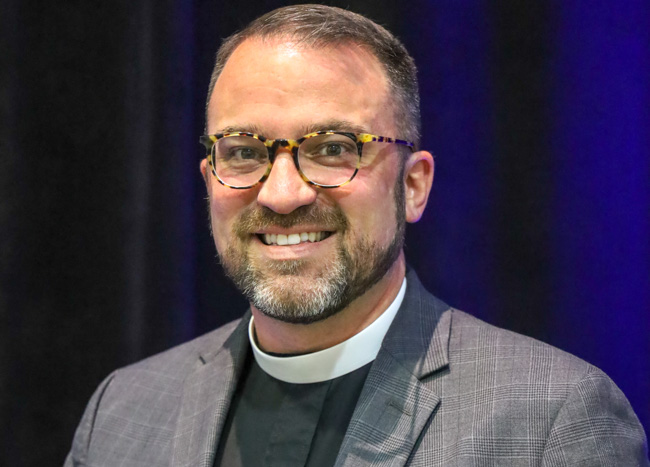 The Evangelical Lutheran Church in America just elected its second-ever openly gay bishop, and he’ll celebrate by marching in the Atlanta Pride parade on Sunday.

Kevin Strickland was installed as bishop of the Southeastern Synod of the ELCA on Oct. 5 at St. Phillip’s Episcopal Cathedral in Buckhead. That synod is made up of 160 churches across Georgia, Alabama, Mississippi and Tennessee, according to its website.

Strickland (photo) is marching in the parade to widen the Lutheran tent, he told Project Q Atlanta.

“Who I am personally also affects who I am publicly,” he said. “I think it’s important for people to see the church can and does create spaces for people to be who they want to be. But we still have a lot of work to do.”

The ELCA defrocked Atlanta-based Pastor Bradley Schmeling in 2006 after finding out he was in a relationship with another male pastor. But it changed its policy in 2009 and reinstated both men.

The decision persuaded Strickland to come out while he was a pastor at an ELCA church in Tennessee. But the news didn’t become common knowledge until he took a staff position at ELCA’s national office two years later.

“I didn’t make a big public thing of it,” he said. “It just went from one small circle to a bigger one to a bigger one, then I took this position with the ELCA office and I was known nationally.”

Strickland experienced some negative reactions after the news spread.

“I’ve certainly have had my fair share — and still do — of homophobic behavior or people that don’t like it or whatever, but I’ve just had to live into who I am and who I was created to be and I can’t spend all my time worried about, ‘Am I making everyone else happy?’” he said.

Strickland is aware of the significance of his taking over such a position, especially in the South.

“I really want people to know me as a total person, not just the gay bishop,” he said. “But I’m not ashamed of that. I don’t hide that.”

Strickland, who moved to Atlanta recently with his husband Robby, is believed to be the first Lutheran bishop to march in the Atlanta Pride parade. The move is part of his mission to make the church more “authentically diverse,” he said.

“This is one more way of drawing the circle wider so more and more people can see that there’s a place in God’s kingdom for them,” he said. “The circle of God is meant to include everyone. We continue to come a little bit closer.”

The Atlanta Pride parade is Sunday at noon in Midtown Atlanta. Strickland will also be giving communion before the parade at its starting point in front of the Civic Center MARTA Station.

Schmeling spoke at Strickland’s installation as bishop. He has been the senior pastor at Gloria Dei Lutheran Chuch in St. Paul, Minn., since 2012.

Strickland’s installation was held at an Episcopal church because no Lutheran church was large enough to have the service, according to a press release.

The ELCA elected its first openly gay bishop, R. Guy Erwin, in 2013. He serves in the Southwest California Synod.

The ELCA is the largest Lutheran denomination in the United States with 3.4 million members, according to a press release.