Tracy Young: What it feels like for a girl DJ 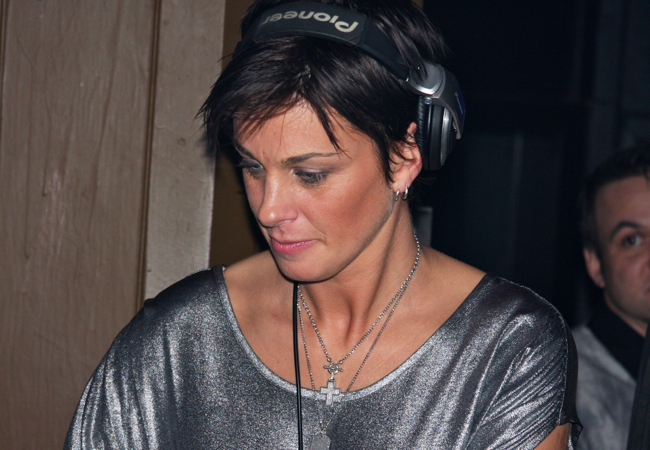 Among just a handful of female DJs that have broken into the male-dominated category of gay circuit legend, Tracy Young is among the most highly regarded, and she’ll show us all why at Jungle on Saturday.

Young may be closest to gay hearts for her rousing remixes of Madonna classics like “Music,” “Don’t Tell Me” and “What It Feels Like For A Girl, for citing Madonna’s “rule the world” as inspiration like so many of her gay fans, and even being hand-picked to spin the Material Girl’s most recent wedding. Check out last year’s smash-hit Cool Out Radio Mix of “Feels Like” below.

And the DJ’s Madonna connection came long before their careers crossed paths. The DJ world has come a long way to accepting female mix meisters, but it was tough going in the beginning when only women venue owners were willing to allow Young to cut her teeth in the club world.

“I always admired that Madonna had a dream and just went for it, so in the back of my head, when a door would close, I’d be like, ‘Well, if Madonna can do this, I can,’” Young tells South Beach magazine. “So I always admired her, and to work with her now is an honor.”

In Atlanta, Young has thrown down hard at Jungle’s big gay Thanksgiving Eve (photo), and she was also on our locally chatty lips in 2010 when people couldn’t get enough about her friendship-relationship-affair – depending on what you heard – with “Real Housewife” and Chick-fil-A opponent Kim Zolciak, which Young has called “complicated.”

To rehash, the two met when Young was able to hit the studio and make something dance floor-worthy out of Zolciak’s infamously rough raw material for the “Tardy For the Party” single. The most Young has ever said about Kim-gate was in this interview. Go read it if you’re still fixated on the topic, but it’s time to move on. Young has.

The D.C.-based phenom is a self-taught wunderkind at the turntables who has been rocking the gay boys and girls – and beyond – and cities across the country – and beyond – for more than 20 years. Her job as a music director at a D.C. radio station was to find hits, so it’s safe to say that Young figured out how to make a career out of her inherent ear for what works on the dance floor.

Beyond all things Madonna, Kim and last-calls around the world, Young also mixes for other internationally renowned talent, has racked up 40 #1 hits on the Billboard charts, owns her own record label, throws her own line of dance events, hosts a radio show (downloadable free on iTunes) and even boasts a clothing line.

And that, friends, is who you’ll be shaking your ass to at Jungle on Saturday. Get a disco nap and get ready for Young as one of the very best of our best gay things to do in Atlanta this weekend.