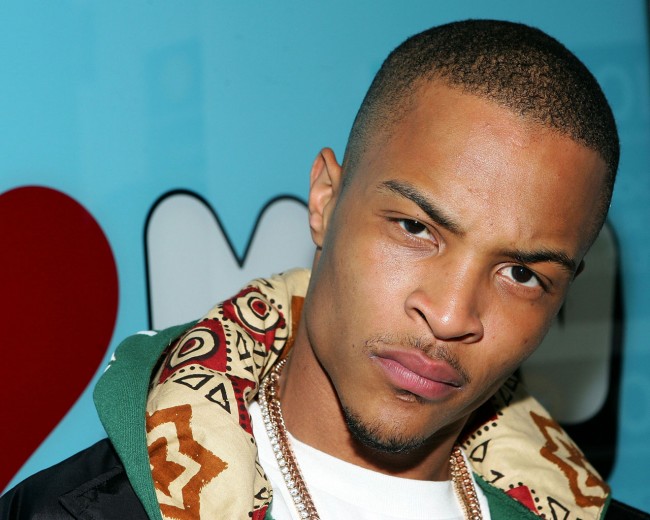 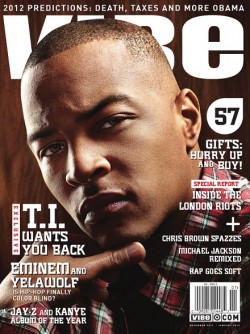 Comedian Tracy Morgan thought he was past his anti-gay remarks. Then Atlanta rapper T.I. opened up in an interview to support Morgan’s comments and call gays “too sensitive” for complaining about them.

T.I. (photo), in an interview with Vibe for its Dec. 6 issue, offered this nugget when asked about equality:

Man, I will say this, the funniest joke I ever heard Tracy say during a stand-up was, ‘C’mon man, I think gay people are too sensitive. If you can take a dick, you can take a joke.’ [Cracks up laughing.] That shit was funny to me. And it’s kind of true.’ While T.I. makes clear that he supports anyone’s sexual preference, he then connects, in his opinion, a current oversensitivity among gay people with a consequential and ironic offense of the First Amendment. “They’re like, ‘If you have an opinion against us, we’re gonna shut you down.’ … That’s not American. If you’re gay you should have the right to be gay in peace, and if you’re against it you should have the right to be against it in peace.’

Morgan had hoped he moved past his June comments in which he said “gay is a choice,” that homosexuality is “something kids learn from the media and programming,” and that “he would pull out a knife and stab” his son to death if he came out as gay. So much for that apology tour.

So Morgan reacted this way to T.I.’s revisiting the controversy:

“Tracy wishes T.I. would just shut up,” a friend of the “30 Rock” actor tells me. “It has not only picked the scab off a very ugly wound, it has also put Tracy in a very difficult position. Does he issue a statement distancing himself from T.I. or does he say nothing?”

T.I. is standing by his comments, but adds that they were taken out of context (watch video). Uh-huh.

“I was quoted correctly, but I was taken out of context…I’m not saying that being gay is being un-American. What I was saying was to use whatever power or authority you have to shut people down because they don’t agree with you that’s not what America was built upon. The institution allows us, it affords us the right, to speak out peacefully and respectfully in opposition of any point or any topic that comes up…I’m not against gay marriage…but for the people who may have an opinion against it, then for the corporations to throw their weight around to shut them down, that’s not fair.”

“It’s about people who take themselves too seriously, any group. It’s not just about gays, I think that African Americans groups sometimes take things a tad too seriously too…If you use the “n” word like Don Imus and say something that’s completely derogatory and disrespectful, that’s understandable. But if you just have an opinion on something that just happens to be related to the African American culture and it’s in opposition, then they have no right to shut you down either.”