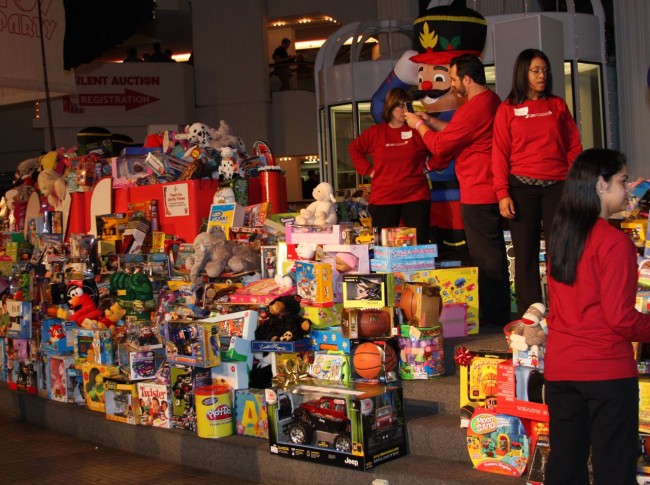 There are parties and then there’s the Toy Party & Silent Auction. The mega gay event expects more than 4,000 people Sunday to the seventh incarnation of the holiday benefit. 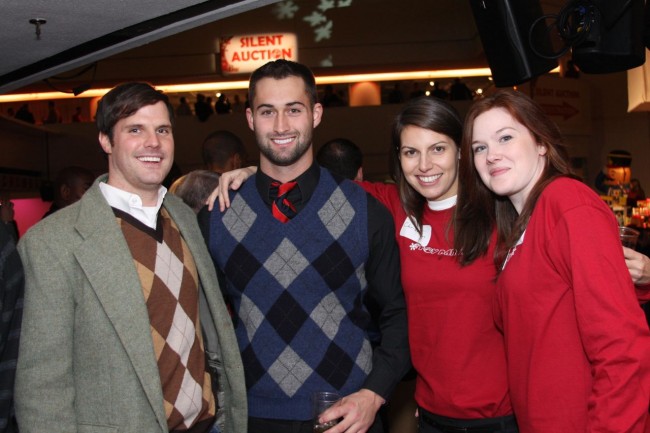 Organizers also hope to collect 5,500 toys to benefit 19 agencies across metro Atlanta, a tally that would surpass last year’s collection of about 5,000 toys. The needs of the beneficiaries continue to rise, so organizers upped their goals this year despite the recession, says Frank Bragg, board president of For the Kid, the group that organizes Toy Party.

“We’re very optimistic,” Bragg says late Thursday from the cavernous AmericasMart in downtown Atlanta where he’s working with volunteers setting up the venue. Some 400 volunteers will staff the nearly four-hour event Sunday.

“We are trying to help our beneficiaries as much as we can. It’s a great opportunity to bring the community together to work on behalf of these kids. It’s hopefully become a signature community event that kicks off the holidays,” he adds.

The storyline remains the same as in past years: Bring an unwrapped new toy or a gift card valued at $20 or more to gain entrance. Once inside, enjoy complimentary cocktails, hors d’oeuvres, a silent auction and a crowd that rivals most any one-night LGBT event in the city.

“I joke that we are throwing a party for 4,500 of our closest friends,” Bragg says.

But this year, the event moves across Spring Street to AmericasMart2 and the west wing, which offers a view of a holiday-bedazzled Centennial Park. The new venue will also include a paparazzi wall and lounge seating. Bragg also promises a few surprises.

“We’ve got some nice little surprises in store. We’ve really stepped up the décor and it’s really going to be a beautiful scene,” he says.

The silent auction, which raised more than $40,000 last year, includes airline tickets, trips to mountain cabins and beach houses, restaurant and entertainment packages and hotel stays. In total, there’s about $90,000 in merchandise just waiting to be auctioned off. 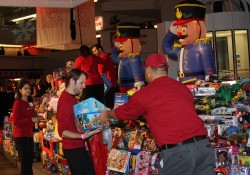 As the Toy Party matures – a group of gay friends started the event in 2003 to throw a party with a purpose – it’s turning into an all-day affair. Local DJ Jay McCracken spins for a Pre-Toy Party Cocktail Hour at Einstein’s before the event and two after parties are scheduled when the doors close.

The Official After Party takes place at the W Atlanta Midtown with DJ Shane V, while a competing After Toy Party kicks off at 8:30 p.m. at Beleza.

“This is one of the first years that we’re aware of how many events are popping up all over the place. We are humbled by that,” Bragg says.

Read the full event listing for the 7th Annual Toy Party & Silent Auction and view photos from the 2008 event.