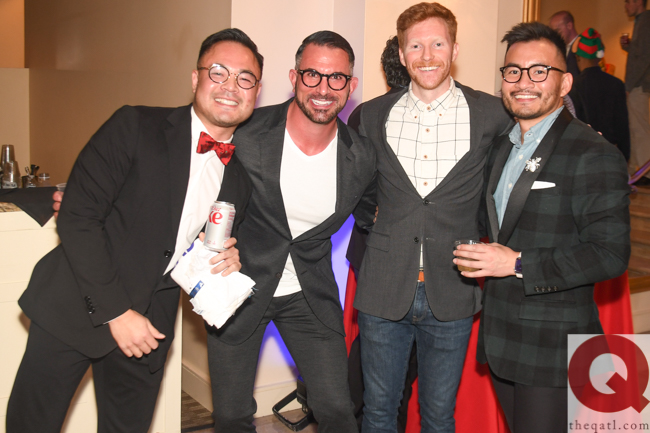 The 18th annual Toy Party & Silent Auction brought tons of toys and hundreds of holiday looks to the Biltmore Ballroom on Sunday. Our photographers were all over it.

Founded by the original host – former and newly elected Atlanta City Council Member Alex Wan – the nonprofit For the Kid in All of Us formed to manage the melee. It also branched out to host other local gay events, including several iterations of Backpack in the Park. In recent years, Toy Party scaled down, and attendees pay admission on top of the titular toys.

The 2021 attendees enjoyed a limited open bar, live entertainment, music, a photo booth and plentiful food. Scroll to check out our photo gallery below.