Tossed Salad debuts its new show at My Sister’s Room 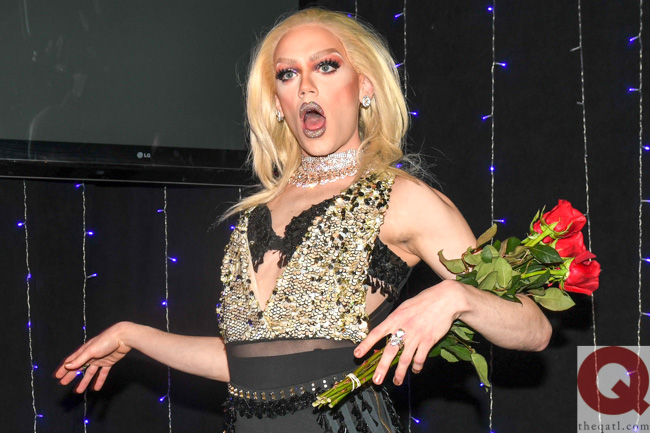 Tossed Salad took its fresh mix of queens to My Sister's Room on Sunday for the premiere of the show in its new Midtown home.

The show came three days after host Brigitte Bidet joined other entertainers at Burkhart's in quitting in the wake of a series of racist and offensive posts surfacing from a social media account of the bar's owner. The show had called Burkhart's home for three years.

Bidet and Tossed Salad were quickly offered a home at MSR.

“MSR welcomed us with open arms and has been vocal about their position to help those of us in the community affected by this devastating news. The show will now start at 10, just to give everyone more time to dance, if anything else. We are incredibly grateful for this new home and look forward to more amazing Sunday nights at My Sister's Room,” Bidet told Project Q ahead of the show.

Bidet (photo) was joined by a cast that include Molly Rimswell, Lena Lust, Mona Lott and TaNyla Cassadine. Tosses Salad continues at MSR on Sundays at 10 p.m.