Top 5 most popular posts on Project Q this week

Georgia’s senior senator and an Atlanta Falcon share a similar distaste for discussions of all things gay, while popstars and cokeheads showed up in force as did the new bulges of Calvin Klein. Our rundown of the Top 5 posts from the week gone by. 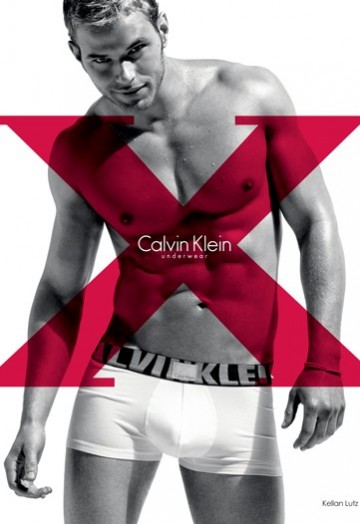 Atlanta gay paper drops staff, stops publishing
And you thought the Grim Reaper’s Gay Media Deathwatch in Atlanta was over. Not so fast. The first newspaper to hit the streets in the post-Southern Voice era is on life support. Or dead depending on which report you read. The folks at Atlanta Free Press want to hit the restart button after only four or five issues. What they really need is an Easy Button and a defibrillator.

The new bulges of Calvin Klein
Our Morning Fix on Thursday took a look at the four new poster-hunks for Calvin Klein’s “X.” The underwear giant tapped “Twilight’s” Kellan Lutz (top photo), “True Blood’s” Mehcad Brooks, Spanish tennis star Fernando Verdasco and Japanese soccer star Hidetoshi Nakata. It’s a multicultural mash of man flesh that makes you forget about the underwear and focus on the abs, chest and, of course, packages that make these guys more objects of our lust than underwear pitchmen.

Chambliss: Gays in military ‘unacceptable risk’
Just how much of a homophobic bigot is Saxby Chambliss, the senior senator from Georgia? Take a look at his comments Tuesday during a hearing on the military’s ban on openly gay soldiers. He expressed concern that repealing “Don’t Ask, Don’t Tell” would cause a host of problems and “create unacceptable risk to the armed forces.” And when criticized for his comments, Chambliss stood firm, saying he “absolutely” stands by the remarks. Our readers went off about it. 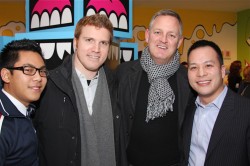 ‘Pop’ stars mix with ‘Coke’ heads for art opening
A packed Midtown art gallery provided the setting for the catchy and playfully sinister work of Atlanta artist Greg Mike, who was on hand for the opening of his “Popstars & Cokeheads” exhibit (bottom photo). What proved popular was our photo gallery from the event, which includes more than 30 pics from the opening and documents the diverse crowd that filled Kai Lin Art.