Top 5 most popular posts on Project Q this week 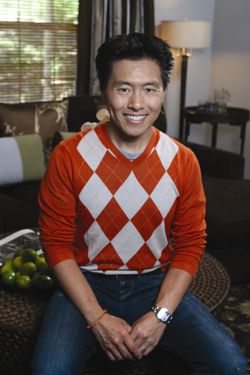 A little news, a princess, Cindy McCain and a baby-getting gay couple rose to the top when we counted clicks this week. Here’s our take on the Top 5 posts from the week gone by.

Princess diaries: Diana exhibit set for January
The anticipation over the arrival of “Diana: A Celebration” in Atlanta caused quite a stir among her LGBT fans. It’s a collection of 150 artifacts from the life of the late Princess of Wales. The exhibit opened Saturday, just two days after a packed sneak preview, and runs into June.

Weird science: Is Atlanta the gayest U.S. city?
This one caused quite a stir: Atlanta beat out a host of super gay cities to top the Advocate’s list of 15 Gayest Cities in America. Apparently, our gay bars and cruising spots outweigh—or at least, balance out—our lack of LGBT equality in the magazine’s list.

Vern Yip and partner welcome baby Gavin
We love us some Vern Yip (top photo). The Atlanta designer and television personality is the Simon Cowell of HGTV, what with his brand of tough love on the network’s “Design Star.” And while we’ve always clocked Yip as a mo, we’ve not ever seen public confirmation of our suspicions. That is, until Yip and his partner announced the arrival of their new son.

Obama promises, Prop 8, MLK, school paper
President Obama was in the headlines this week, both for the nationalization of the Senate election in Massachusetts and his lack of progress on promises to LGBT Americans. That was among the headlines included in this daily ramble of gay news.