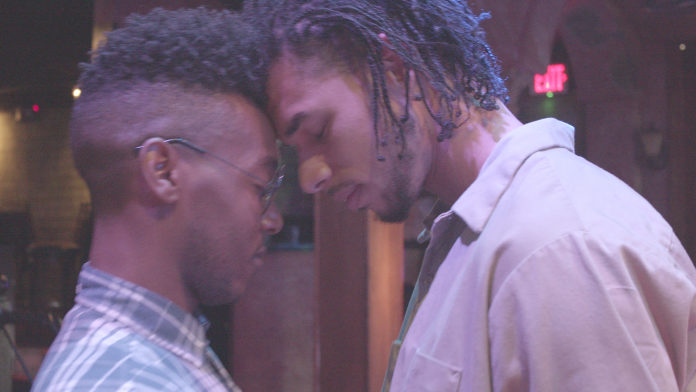 Atlanta’s 33rd annual LGBTQ film festival brings its roster online due to the coronavirus pandmeic, but that doesn’t affect the event’s scope and depth of its offerings set for screenings Sept. 24 – Oct. 6.

One perk to bringing the screenings online vs. in-person is that ticket holders aren’t locked into a time to catch any screening. Once a film or program goes live, the link good and available to view for 72 hours. Of course, tuning in when it goes live does come with benefits like the post-show interactive Q&As with actors and/or directors.

Q ATLus magazine and Project Q Atlanta again sponsor the festival, as we have since our 2008 inception. This year’s Q Spotlight film is Steelers: The World’s First Gay Rugby Team. The feature-length documentary about London’s premiere LGBTQ rugby squad be screened beginning Sept. 27.

The film gets the Q Conversations treatment on Sept. 25 at noon.The live Q event on Crowdcast will meet Steelers director Eammon Ashton-Atkinson, as well as Out on Film Director Jim Farmer and others central to the festival. The discussion will center on LGBTQ visibility in movies and sports.

Keep scrolling to preview our top 20 don’t-miss picks from this year’s Out on Film, starting with the Q Spotlight film.

Click on each title for tickets, or go buy full festival passes at outonfilm.org. 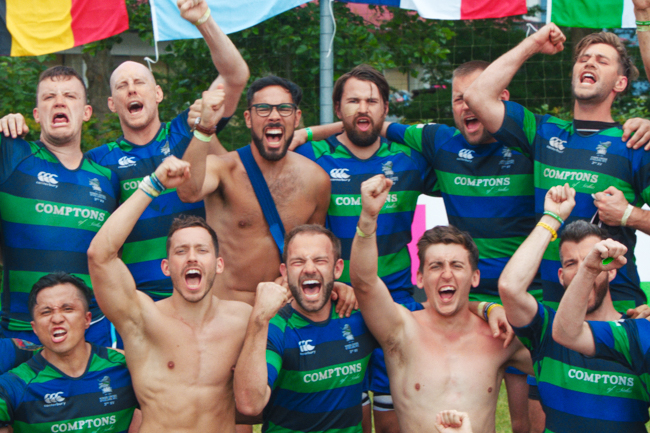 “Steelers” is a feature-length documentary about London’s first gay rugby club which started in London in 1995. Following the club’s journey at the world’s biggest international gay rugby tournament, the Bingham Cup, the film explores the how a community joined together by their sexuality is transforming lives.

This fascinating film from Atlanta filmmaker Cindy Abel follows Colonel Pat Thompson, a decorated army nurse, only two years away from retirement. She was asked to preside over the military review board that eventually dismissed Colonel Margarethe (Grethe) Cammermeyer for admitting she was a lesbian. Although Thompson had served her country with distinction for over 30 years — from conflict zones in Central America to working inside the Pentagon — that appointment was perhaps the hardest. In that moment, she had to protect her own life secret: that she too was a lesbian and living privately with her life partner Barbara Brass for many years. 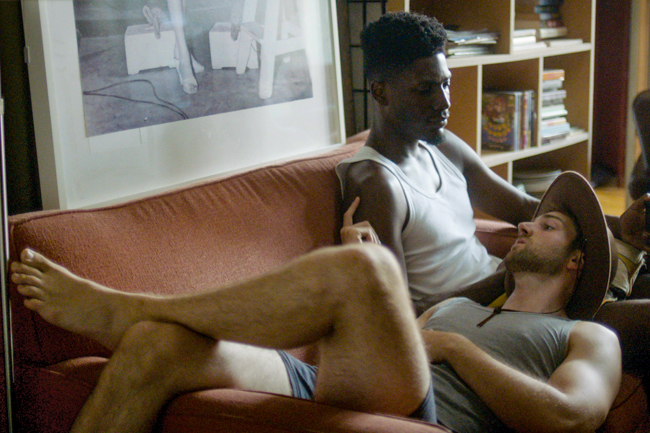 After a string of unsuccessful and awkward encounters with women, Ben goes “back on the dick” (as his sister enthusiastically exclaims). “Cicada” follows Ben as he comes out to the world and develops an intense relationship with Sam, a man of color struggling with deep wounds of his own. As the summer progresses and their intimacy grows, Ben ultimately gains the strength to face a childhood trauma he has long suppressed.

Through the Glass Darkly

A year after Charlie’s daughter disappears, another girl from Elrod, Ga., goes missing. Convinced there is a connection, Charlie draws suspicion and contempt from local law enforcement and townspeople as she stops at nothing to expose its most devastating and darkest secret. Locally filmed in Jasper, Ellijay and Nelson. 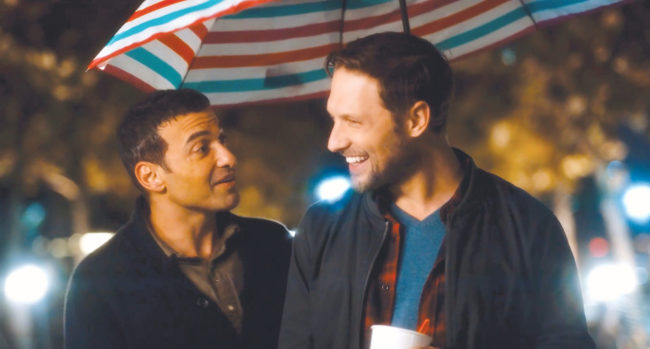 Set against the twinkling lights of West Hollywood, “Breaking Fast” is a romantic comedy that follows Mo, a practicing Muslim still reeling from heartbreak. When an All-American guy named Kal offers to join him in his nightly Iftars (the traditional meal eaten by Muslims during Ramadan), meal after meal, the two start to discover they have more in common than meets the eye. Featuring: Haaz Sleiman (Apple+’s “Little America”), Michael Cassidy (“People of Earth”), and Amin El Gamal (“Good Trouble”).

In this buoyant feature, 17 year old Ellie is struggling to find the courage to ask her classmate, Abbie, to the formal. Luckily her Aunt Tara, a lesbian who died in the 80’s has shown up as a “Fairy Godmother” to dish out advice, whether Ellie wants it or not. This infectious comedy thrives with the chemistry between the two leading characters and has a surprising emotional depth.

When couple Manny and Russ call their marriage quits and get a divorce, what better way to celebrate than heading to the Central Coast of California together for wine, sun, a threesome, and more wine? Manny and Russ are two complex, confident gay men who are struggling to end their marriage while remaining friends. Enter Byron, their close friend, and it’s a post-divorce party! This witty, sharply-written anti-romantic comedy gives freshness to the classic break-up movie by bringing in a queer perspective and explores the complicated similarities that many couples, both queer and straight, face throughout their love story. STONE | FRUIT also explores the recent advent of same-sex divorce and provides a quiet nuanced exploration of the dynamics of interracial relationships and the distinct issues facing a generation of gay men post-AIDS, post-marriage equality and post-recession. 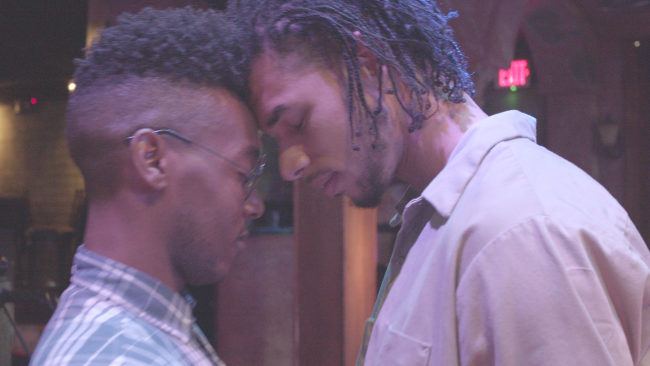 Directed by former Atlantan Anthony Bawn, “As I Am” is a story of a young man running from the truth about his childhood returns in order to correct his past but ends up discovering a side of himself that he suppressed.

As a sci-fi obsessed woman living in near isolation, Beverly Glenn-Copeland wrote and self-released Keyboard Fantasies in Huntsville, Ontario back in 1986. Recorded in an Atari-powered home-studio, the cassette featured seven tracks of a curious folk-electronica hybrid, a sound realised far before its time.Three decades on, the musician – now Glenn Copeland – began to receive emails from people across the world, thanking him for the music they’d recently discovered. Courtesy of a rare-record collector in Japan, a reissue of Keyboard Fantasies and subsequent plays by Four Tet, Caribou and more, the music had finally found its audience two generations down the line. 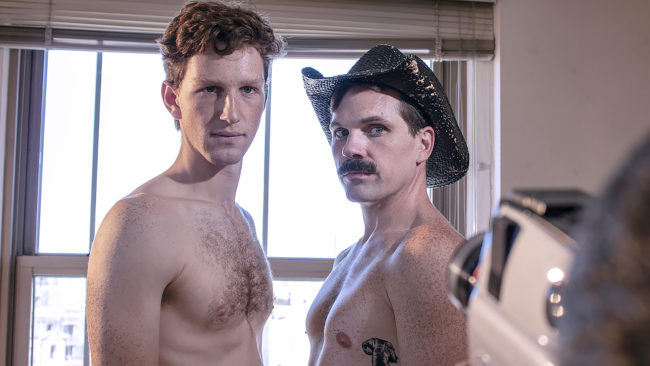 In the 1970s, the golden age of gay pornography in New York City, a promising chorus boy is injured and told he will never dance again. Distraught and unimpressed with the “art” films playing seedy Times Square theaters, he gets his friends and lovers together and they start making their own hard core movies. Against all odds the films are wildly successful until drugs, AIDS and cheap video technology bring it all crashing down.

In 1986, ten-year-old Tate is uprooted and unwillingly moved to the suburbs of Kansas City. As his parent’s marriage unravels, Tate finds solace in the unlikely friendships of his next-door neighbors: a retired college professor and his transgender daughter, Gossamer. Directed by Out On Film favorite, Lisa Donato – in her feature film debut – has a way with her actors from Alexandra Grey as the titular characters.

In the new film from beloved filmmaker Jon Garcia (The Falls Trilogy), Ruben and Carlos become cellmates in prison. As Ruben learns the ropes, Carlos becomes a mentor and then a lover. When Carlos is released, Ruben must deal with his heartbreak until he is released himself and has a chance at a reconciliation. “Luz” examines if love can exist in the real world for these two men.

What if lesbo-queer communities had something to share about the singularities of their sexualities? Through the complex topic of consent, sixteen protagonists from these communities speak up. Could there be blurred lines, a continuum between consent and aggression? How can we defeat rape culture and innovate in matters of consent? How has the notion of aggression been used historically to exclude trans women? In a deep introspection of their intimacies, these protagonists ask questions, get angry, laugh, create other possibilities. They suggest to look more closely at consent, from the experience of their marginalized communities, their subcultures and their explorations.

This film chronicles the ups and downs of the first season of the Trans Chorus of Los Angeles — the largest group of transgender and gender nonconforming people anywhere in the world who come together regularly to sing. As the choristers gear up for their 2016 public concert debut, they share their inspiring life stories and reveal what it means to be trans in America. This extraordinary chorus makes more than music. It’s making history.

In the category of classic films, fans will enjoy some great throwbacks via Out on Film. Margaret Cho’s I’m The One That I Want starts streaming Sept. 26. The 1980 cult classic Fame screens in real life at the drive-in The Springs Cinema on Oct. 3 at 7:45 p.m. Back in virtual reality, Sordid Lives celebrates 20 years, including a live virtual chat with cast and crew on Sept. 30.

A whopping 13 shorts programs are on tap for 2020. The Southern Shorts category includes Vanilla Milkshake, which Project Q talked about with the director before it was a gleam in Out on Film’s eye.

Out on Film takes place Sept. 24 – Oct. 6 online. Visit outonfilm.org for tickets and more information, or you can view and buy tickets to each Out on Film entry alphabetically here.

A truncated version of this feature ran in Q ATLus magazine. Flip page-by-page through the full issue online right here: