Too busy for STD tests? There’s an app for that 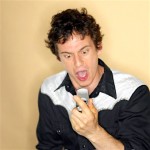 If UK medical researchers have their way, you won’t even have to leave the stall at the club to pee on a USB-sized chip and let your phone diagnose you. Seven agencies are sinking $6.5 million into the project.

With tech savvy firmly in the realm of the young, and rising STD rates stationed in their ranks as well, why not marry the two? If research goes well, young people—who are more likely to be reticent to find out their statuses for HIV, Chlamydia, gonorrhea, herpes and other nasties—may be peeing and swabbing their mouths to use with the new app as soon as 2012, according to the Guardian UK.

People who suspect they have been infected will be able to put urine or saliva on to a computer chip about the size of a USB chip, plug it into their phone or computer and receive a diagnosis within minutes, telling them which, if any, sexually transmitted infection (STI) they have.

Similar to existing rapid STD tests and pregnancy tests on the market today, adding another thing for college-aged people to pee on seems perfectly logical to us. We kid, but experts hope that their efforts will help reduce a serious statistic: Two-thirds of women reporting a new STD in 2009 were under age 25, as were more than half of men.

If it works, it won’t be the first time the iPhone made something cool. We’ll be on board until we overhear some drunk twink saying, “Dude, I’ll be right back. I have to go pee on my phone.”

Branding? They’re not that far along, but the Drudge Report headline on the research may be a marketing direction to consider: “URINE LUCK.”