To serve with Pride: Gay cops, firefighters on parade 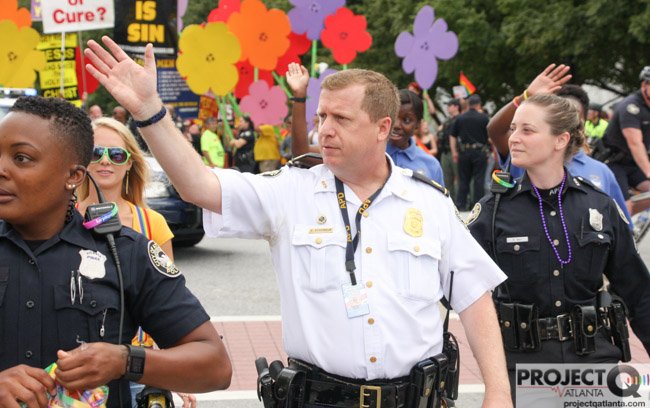 Some of the city’s top public safety commanders, including Atlanta’s new fire chief, joined a contingent of LGBT police officers and firefighters and even Mayor Kasim Reed in the Atlanta Pride parade on Sunday.

The display marked one of the largest contingents of public safety employees seen in the parade, adding to what is usually a large group of LGBT police officers taking part. The participants included Fire Chief Joel Baker, whom Reed appointed in June after firing Kelvin Cochran over an anti-gay and misogynistic book he wrote. Baker was joined by several firefighters.

Reed, flanked by his wife Sarah-Elizabeth Reed, joined city employees on a float. The mayor was one of several elected officials in the parade.