Titans drink to their own world series [photos] 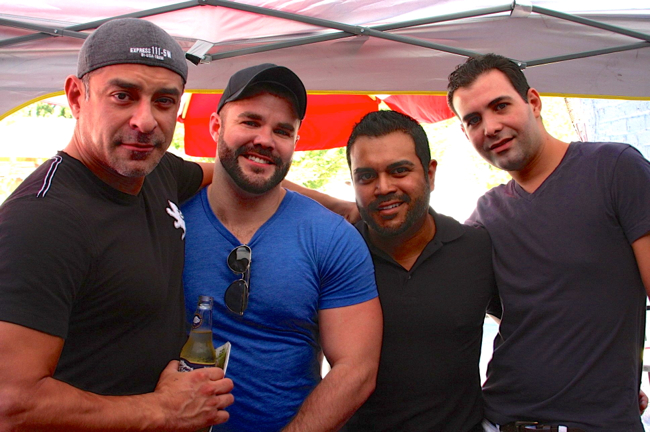 After the summer Hotlanta Softball season, the Atlanta Titans were not off to the Gay Softball World Series. So they decided it was time to toast their own skills at the World Series of Drinking beer bust.

When it comes to drinking, the Titans got game. Of all the HSL beer busts throughout the year, the team has a reputation for being among the rowdiest. Their Bowling Beer & Boys fundraiser helped kick off Atlanta’s gay softball season back in March, and they threw down the beer bust gauntlet again in May.

Suffice it to say that the team didn’t disappoint when cups tipped again on Sunday at Asylum. East Atlanta’s newest gay bar played host with food, bottomless beer, rainbow Jell-O shots and a raffle to benefit the team and Georgia Safe Schools Coalition. DJ Shane V provided the beats, and the afternoon outside built to a crescendo in the evening with dancing before a Kitty LeClaw drag show.