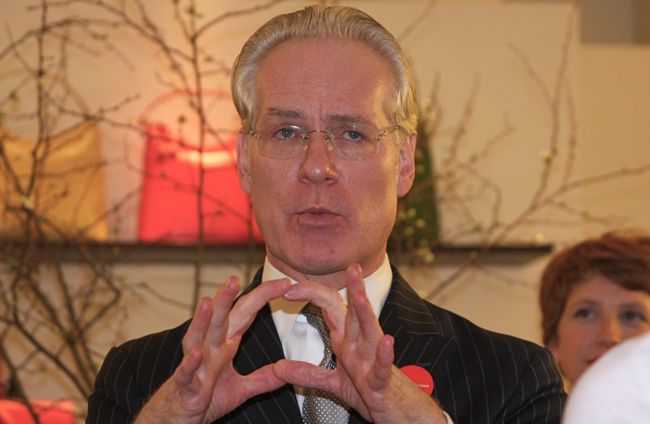 READ MORE | Atlanta Pride fires back at Tim Gunn Tim Gunn, beluga whale expert? That's how the gay fashion icon is portraying himself as he puts pressure on Atlanta Pride to pull its popular kickoff party from the Georgia Aquarium. "The loud music and normal party raucousness that are part of the Pride event are deeply disturbing and unnerving to the sound-sensitive beluga whales at the aquarium," Gunn writes in his letter to Pride, according to E! The fashion daddy of "Project Runway," Gunn is concerned that noise from the party, which attracts a sold-out crowd of 4,000 people, tortures the whales. Never mind that aquarium officials who care for the whales dispute that claim. Last year, PETA convinced lesbian actress Jane Lynch to protest the Pride party and then pitched a diva fit when Pride told them to suck it. Gunn's letter also came through PETA. Gunn says Atlanta Pride has plenty of advance notice this time around to move the event. "With close to six months of lead time, you can surely make it work," Gunn wrote. "I believe that Atlanta's LGBT community would agree that the kick-off celebration would be more in keeping with Pride's spirit and these compassionate changing times if the party were cruelty-free." But Pride, again not swayed, isn't budging again this time, Pride Executive Director Buck Cooke tells E! Watch out Tabatha Coffey, PETA may come for you, too.