Need a sign that the local campaign season is heating up? Then look for endorsements being doled out.

At least three of the 10 gay candidates in this election cycle — Steve Brodie (photo), Miguel Gallegos and Kyle Williams — picked up endorsements that could provide a boost to their campaigns.

On Monday, Brodie received the nod from the Atlanta Police Union, a group that represents more than 1,100 police officers in the city. That endorsement could prove critical in Brodie’s District 6 race for the Atlanta City Council, as crime is a top issues among voters in the district that encompasses Midtown, Morningside and Virginia-Highland.

“Atlanta police officers have had the opportunity to observe [Brodie’s] dedication to both District 6 and the City of Atlanta and [Brodie] will strive to help our city be the safest in the nation,” Kreher says in a prepared statement. “[Brodie] is a unique candidate because [he is] providing specific ideas for improving public safety in Atlanta and the action steps needed to fund improvements.”

Brodie says his call for a change in police leadership, a focus on community policing and strategies to address police retention and pension issues helped secure the union’s endorsement.

“The police union’s endorsement of my candidacy illustrates their confidence in me as a City Council member and their belief that I will initiate real changes to make Atlanta safer,” Brodie says.

Brodie is among three openly gay men — Gallegos and Alex Wan are the others — seeking the District 6 post and one of six candidates overall in the race. They hope to replace Anne Fauver, a two-term incumbent who decided against seeking another term. Fauver is the council’s only openly gay member. 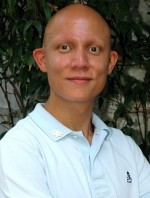 Also, the campaign of Kyle Williams — a gay candidate for the District 2 post on the Decatur City Commission — recently received the support of former Decatur Mayor Elizabeth Wilson, a longtime resident of the district who says Williams “has the best of what Decatur has to offer in a public official.”

“I am delighted to have Mayor Wilson’s support as campaign chair and her vote this fall,” Williams says in a campaign statement. “Several years ago I began working side-by-side with Mayor Wilson to improve our community. Mayor Wilson is a tireless advocate for our city. I respect her deeply and am proud to consider her my friend.”

The support of Wilson adds to a growing list of endorsements from officials with ties to Decatur. 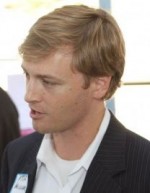 In June, Williams (photo) announced that two gay-friendly state lawmakers—Reps. Stephanie Stuckey Benfield and Stacey Abrams—backed his candidacy. That’s in addition to the recent endorsement of Williams by the Gay & Lesbian Victory Fund, a nod that can mean exposure and fundraising by politically attuned LGBT supporters from across the country.

Williams is campaigning for the Decatur City Commission, while Eric Morrow and Kevin Hudson are running for seats on the East Point City Council. Brian Bates is seeking his first full, four-year term on the Doraville City Council.

Simone Bell is campaigning for the District 58 seat in the state House.

Bates and Brackman were also endorsed by the Victory Fund.