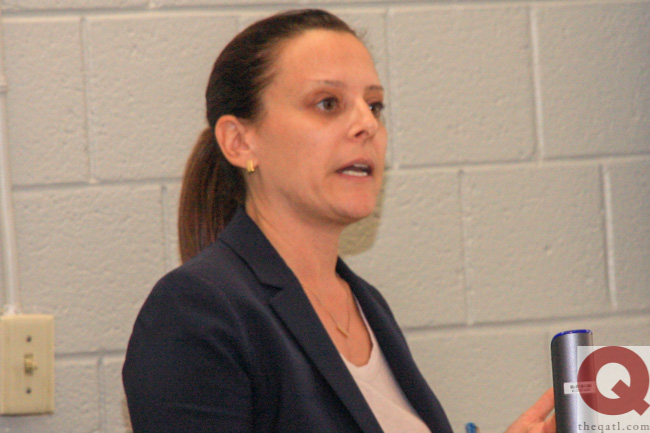 Some 70 percent of the victims of an HIV housing crisis have had their situation stabilized, but the search continues for about 50 people who have been unreachable.

City officials gave the update Thursday at a meeting of the HOPWA Advisory Council, which is comprised of local experts in the federal Housing Opportunities for People With AIDS program. The city has been criticized for its management of the long-troubled program, which subsidizes the housing of low-income people living with HIV.

The crisis began when the city terminated the contract of HOPWA agency Living Room in early July, claiming the non-profit wasn’t complying with federal regulations. That left some 250 Living Room clients in danger of being evicted.

The city put the non-profit Partners for Home in charge of a housing relocation effort to find housing for HOPWA clients at risk of eviction. About 250 former Living Room clients have been identified and about 175 of them have been connected with other HOPWA agencies, according to Melanie Harrell, performance and program senior project manager at Partners for Home.

“All of those clients have been referred to new providers and the providers have gotten a lot of referrals and are working through each person,” Harrell said. “So everybody at this point has been referred.”

The city in August authorized $1.5 million in emergency aid for HOPWA agencies taking on new clients as a result of the Living Room crisis.

There are no more pending evictions, according to Harrell. Partners for Home continues to coordinate with the agencies to monitor the progress of each former Living Room client.

Partners for Home is working on getting about 30 other former Living Room clients connected with other agencies. And the non-profit has called, knocked on doors and mailed letters to about 50 other clients but has been unable to reach them, according to Harrell. Former Living Room clients who have not connected with the city are being asked to call a HOPWA hotline at 704-584-9385.

Partners for Home is led by Executive Director Cathryn Marchman (photo), who was also at Thursday’s meeting along with the city’s deputy CFO, Mayor Keisha Lance Bottoms’ chief of staff and officials from the city’s Office of LGBTQ Affairs.

Living Room filed an explosive lawsuit against the city after its contract was terminated, claiming the city was out to “destroy” it. Living Room dropped the suit in August, saying it had received most of the $500,000 that the city owed.

The city canceled four of the five meetings of the HOPWA Advisory Council since its formation. Thursday’s meeting was the first one since the beginning of the year. 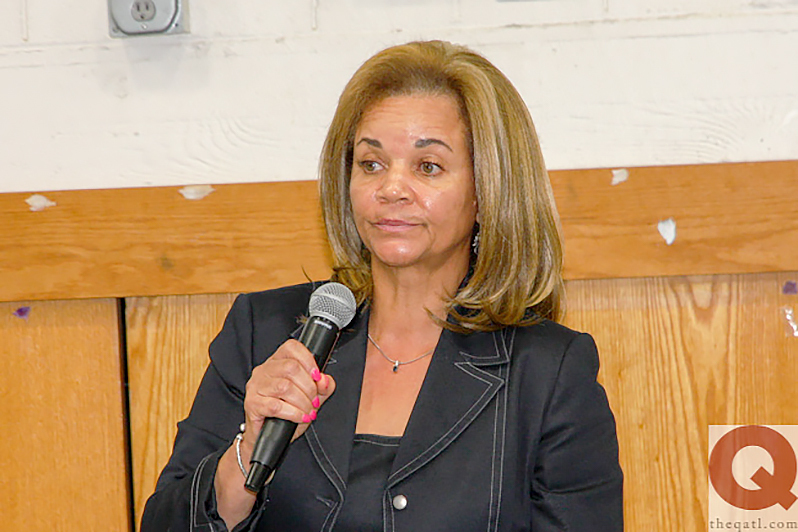 Advocates for people living with HIV criticized city officials for a lack of transparency when creating the city’s fiscal year 2019 Annual Action Plan. The AAP outlines how the city will spend the HOPWA money awarded to it by the federal government.

“As you know, this was the day after we had that community meeting where you talked about transparency,” Brown said, referring to a meeting the city hosted with advocates at the Phillip Rush Center in August.

The city was transparent in the process, according to Karen Carter (second photo), head of the city’s Office of Grants Management.

“We did the full evaluation, we did community meetings,” she said. “So what you’re seeing now is some of the work that you were involved in almost a year ago. You may think that this just came up, but this has been going on for a little while.”

Brown and Daniel Driffin, co-founder of THRIVE SS, said they did not recall any community meetings on the matter.

“Can you remember any of the people that attended the meetings? Because it doesn’t seem like this really happened,” Driffin said.

Carter said the city has not received the AAP back from HUD yet so it is not final.

“I just feel like the community was definitely not included in those decisions,” Brown said. “I hope this will be a new moment where we go forward and we actually have real community involvement of people living with HIV/AIDS specifically.”

Partners for Home taking over

Meanwhile, the city works to distribute some $37.7 million in HOPWA funds to its agencies going back to fiscal year 2014, according to HUD. Carter said the figure is actually $31.2 million in the city’s system, and that the two systems just need to be reconciled to match up.

The city also continues to work on a plan to transfer management of the HOPWA program over to Partners for Home in fiscal year 2020 and going forward.

The city gathered input and drafted agreements and details of the revised structure in July and August, according to Jon Keen, the city’s deputy CFO. The city will spend September and October finalizing the agreements and the structure.

“We are in the process of drafting those agreements that lay out the legal and financial aspects of the relationship between organizations like the City of Atlanta and Partners for Home as well as working to start to implement elements of the structure,” Keen said.

The city will submit the final plan to HUD and Atlanta City Council by December.