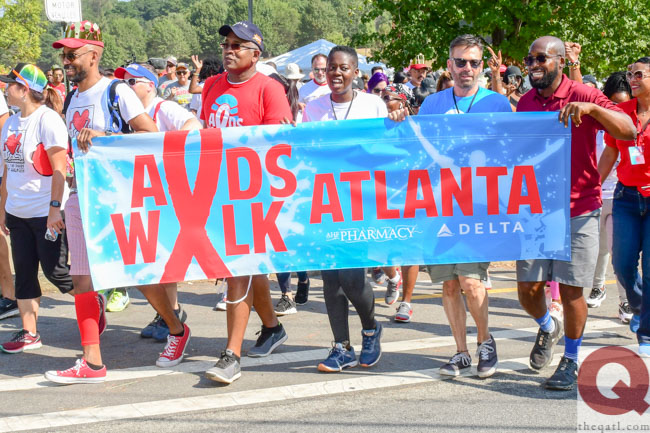 The event on Sunday in Piedmont Park raised about $680,000 of a $750,000 goal as of Tuesday, according to the event website. Donations will be accepted through Oct. 31.

Andrew Lowndes finished first in the 5K run with a time of 19:27. Chloe Donegan was the overall female winner with a time of 24:01. View the full race results.

LGBTQ bartenders battled it out to raise money for the event in early September. Meanwhile, the event’s ambassadors and longtime walkers spoke up about why they walk. Event organizers toasted their VIP supporters with a “Cabaret & Cabernet” event on Sept. 25 in Midtown.