Controlling queens who stage-direct how others act 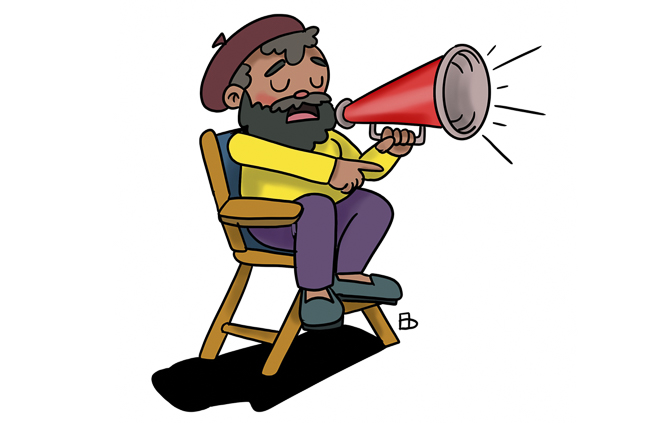 And, scene! The new boo and the old friends may be a recipe for disaster, but getting people to act like someone they’re not won’t help

I love my boyfriend as is, so let me start with that. I truly cherish his intelligence and ability to express himself. From art to politics to social justice and beyond, he is observant and articulate.

I’m afraid exactly what I like about him will be the thing that completely turns off my best friends. They are self-built business owners, and they are leery of anyone they see as “showing off.” They think intellectuals are privileged elitists.

I want everyone to get along, so is it OK to have my boyfriend tone it down a bit? I think if he avoids big vocabulary words and tries not to go into elaborate descriptions of nuanced concepts, my friends can get to know him before they get to know his style. I can also ask my friends to open their hearts in advance and explain that he can sound a bit haughty.

My boyfriend is as accepting as can be and would never insult them on purpose, but I’m afraid they will distrust him if they view him as privileged.

Which side do I take if my plan goes awry and I have to choose one?

People cannot act like someone they aren’t for very long. Controlling them is the wrong approach from the start.

You can’t stage-manage this scene. Instead, let’s look at what you can control: You and your expectations. Look at your preconceived notions and deal with those.

Don’t forget you are good at choosing the people in your life. Chances are that they feel the same way, so while you can’t make them like each other, you can probably trust them to make the most of the meeting for your sake.

Whatever you do, stop trying to determine what happens in advance. Resist the urge to jump in and cheerlead each side to the other. The more real you keep it, the more at ease everyone will feel – and the more likely they are not to choke.

As for which “side to take,” choose your side. If things go sour, align yourself with the people who are being the least obnoxious. If your friends are so fake-woke that they can’t look for the good in others, that’s a sign. If your boyfriend is so self-absorbed that he won’t try to build bridges, that’s another.

Trust yourself and everyone involved to figure it out. Imagine them behaving as their best selves instead of their worst, and concentrate on representing yourself in the same way.