Those garish Atlanta ‘Housewives’ are back 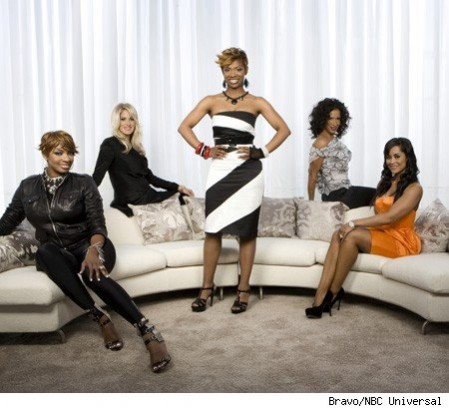 You may not admit it, but we know you can’t get enough of the train wreck that is “The Real Housewives of Atlanta.” So take note: The new season debuts July 30.

And the Atlanta Journal-Constitution’s TV writer, Rodney Ho, is all about teasing us about the second season of mayhem and madness, complete with the worst gay character on television — NeNe Leakes’ BFF Dwight Eubanks.

NeNe Leakes is also in a new (presumably rental) home and there are some amusing scenes between her and gay hairdresser buddy Dwight Eubanks. She and Kim are still estranged after NeNe last year mocked Kim’s country music ambitions behind her back, but both are making attempts to reconcile.

Kim Zolciak, the blond bombshell who recently ended a spat with her former gay publicist, is back, too. She’s single this season.

Kim Zolciak during this episode says she’s single and no longer with Big Poppa (the still unnamed married man Lee Najjar.) She again seeks advice from her psychic. The fact she has a psychic says a lot, eh?

Ho also provides a sneak peek at an upcoming photo spread of the “Housewives” in Atlanta magazine. Think Zolciak in a tub of suds with a pool boy model standing nearby.

This show is so awful, we can’t wait to curl up on the couch July 30 and check it out. Call it our dose of reality rubbernecking.