This queen’s ‘new hanky code’ calls your ass out 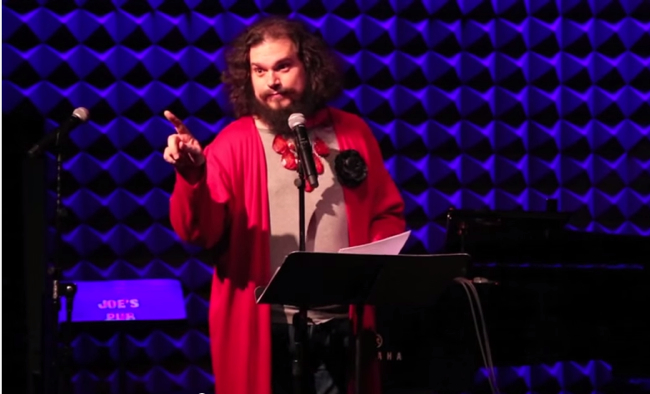 Justin Sayre may be the smartest queer culture commentator of the year. With his own niche of gay shows and his own sodomite club to attend them, he’s definitely the funniest. Let this video prove it. You’ll be glad you did.

Sayre, with a comedy series he calls “The Meeting,” is already a bonafide hit in New York City. Thanks to YouTube, his state of the queer union commentary is now making headway across the country in clubs as far from home as L.A. and as close as your mobile device.

The “meetings” are for members of the International Order of Sodomites, of which Sayre is the self-anointed president of the board. Sayre’s comedy bits come in the guise of instructions from the board for all self-respecting homosexuals, and the results are hilarious.

“The board is thrilled to announce that it is bringing back the ‘Hanky Code,’ but this time it’s to talk about your damage. Because ladies, your issues are dipped in platinum,” he begins, and later adds, “We thought about adding another color for femme identifying, but we the board feel as though if you need a hanky, you’re not doing it right.”

When you pick yourself up off the floor after “The New Hanky Code” (above), venture down Sayre’s “The Meeting” rabbit hole. It includes his recent darker but no less entertaining “Guide to Gay Culture Shame.” That little jewel names “Real Housewives” and Bravo’s Andy Cohen as signs that we’re collectively going to hell in a hand basket.