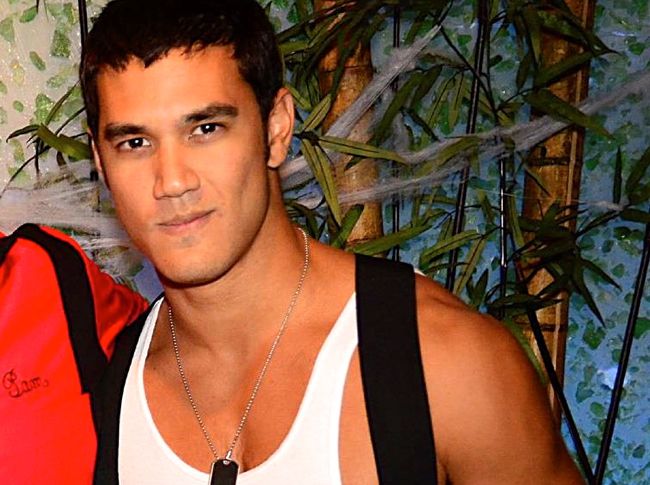 A homophobic Atlanta frat bro and self-described "drunk asshole" who bullied a gay classmate at Emory now wants to be a top model. As in "America's Next Top Model."

But don't be fooled by Adam Smith's abs. Listen to his douchey appeal to fans of the show and you'll soon make the connection between pretty boy and bully who once put a gay student in a headlock, called him faggot and threw him out of a Sigma Nu party.

"I've got this bone structure, I got the flow, I've got the energy, the looks, the brains," Smith boasts in his video plea below for the CW show. "I need someone to just train this raw talent and I believe I can be on top." (He's a little more modest in his Model Mayhem profile.)

Queerty first exposed Smith's inclusion in the show when the Cycle 21 cast was announced recently. The show has also been teasing its new crop of candidates in an online campaign where fans can vote for their favorites. 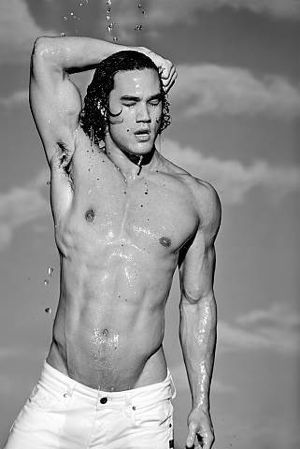 Before you go and do that, consider Smith's background. The Memphis-born, Atlanta-living bro put himself in the middle of a scandal in 2010 when he bullied a gay student dressed in a lime-green jacket, red pants and wizard hat during a party at the frat house near Emory's campus.

The student says Smith grabbed his hat and things got worse from there.

“This guy approached me and asked why I was wearing my hat. ... I said that I like the hat, just as you like your pink shirt. He then asked me if I was gay, and I said I was. He then started choking me with his elbow and put me into a head lock, and he dragged me out of the party by my neck.”

After the student was allegedly dragged the approximately 10 to 15 feet from the house’s common area to the door and thrown onto the front lawn, Smith was overheard telling other attendees “Hey, this kid’s a faggot.”

Smith fought back in a lengthy rebuttal.

The alleged assailant tells the newspaper that he did take the student’s hat and asked him, “Why are you wearing this gay ass hat?” and then became agitated when the student questioned the assailant’s pink shirt. In a comment posted to the online story, the alleged assailant, identified as Adam Smith, says he was drunk.

So chalk this up as me being a drunk asshole, a frat guy with too much testosterone, or whatever you want to call me I really don’t care. I just want everyone to know that that’s literally all it was, that’s the honest truth. I’m not some ignorant bigot looking to bash homosexuals, so please don’t think that.

Sigma Nu, of course, stated publicly that they took the incident very seriously. But it's not clear what, if any, punishment Emory dished out to Smith. He did at least get his wrist slapped by school officials during a meeting with Dean for Campus Life Bridget Riordan, Director of LGBT Life at Emory Michael Shutt and Director of Greek Life Buck Cooke. Cooke, incidentally, is now executive director of Atlanta Pride.

And to think, the self-described "white Ninja" dropped out of graduate school to try and go from douchey frat bro to "incredible model." The show airs this summer.