This grandpa’s gay equality tattoo will inspire you 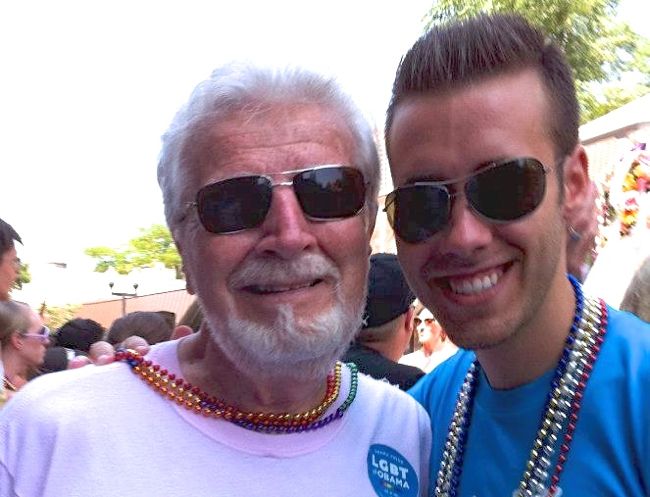 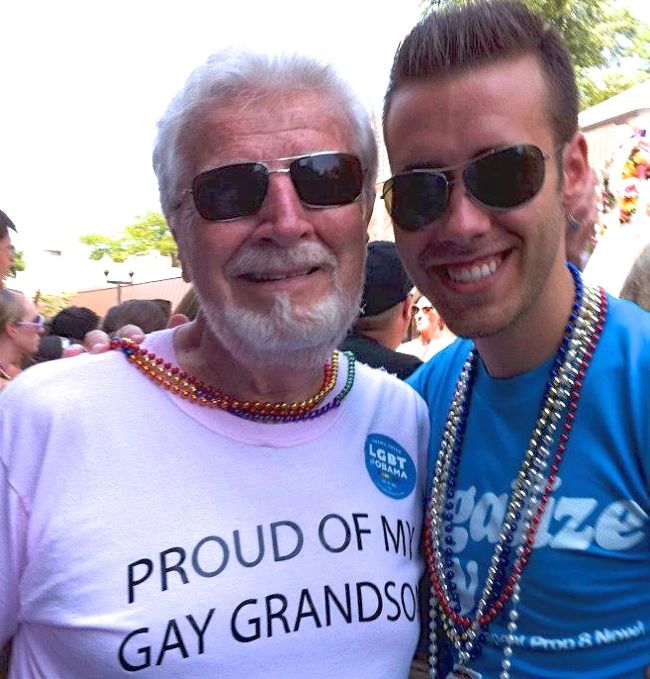 There's unconditional love for your gay relative and then there's this: An 80-year-old man getting tattooed with the equality symbol as a way to support his gay grandson and partner in Atlanta.

That's exactly what Frank Orvino did on Monday, getting inked in Skin Gallery outside Chicago as his grandson Joe Skwarek and partner cheered him on. They recorded the entire process and shared it on YouTube two days later.

“My Grandfather getting his tattoo meant the world to me,” Skwarek says. “He and I have a very close relationship, and this truly solidifies his support of me and of my rights as a gay person.

Since Skwarek posted the video on Wednesday, it's received more than 3,400 views.

“We decided to record him getting the tattoo because not many people can say that their grandfather gets tattooed, much less in support of their rights as a gay person. We want to share the video so people can see what unconditional love really is,” Skwarek says.

Skwarek came out to his grandfather five years ago and since, he's been nothing but a cheerleader.

“He's always been one of my biggest advocates and he is all about showing his support. He's even gone to the annual Pride parade in Chicago every year since I came out,” Skwarek says.

Skwarek has a matching tattoo on his hip, which he reveals in the video. He got his tattoo last month as a way to express his passion for LGBT equality.

“I've seen and experienced firsthand the inequalities that our community faces, and I want to openly share my dedication and commitment to making changes,” he says.

When his grandfather decided to get the tattoo, Skwarek says he and his partner were fortunate enough to be visiting from Atlanta so they could join him. Skwarek's partner hasn't gotten inked yet, but Skwarek is working on him. His mom, an aunt and a few cousins are also considering getting the same equality tattoo.

“I never thought that by getting my tattoo I'd be such an inspiration, and I could not be happier to have such a loving and supportive family,” Skwarek says.