This gay met Biden while you got stuck in traffic 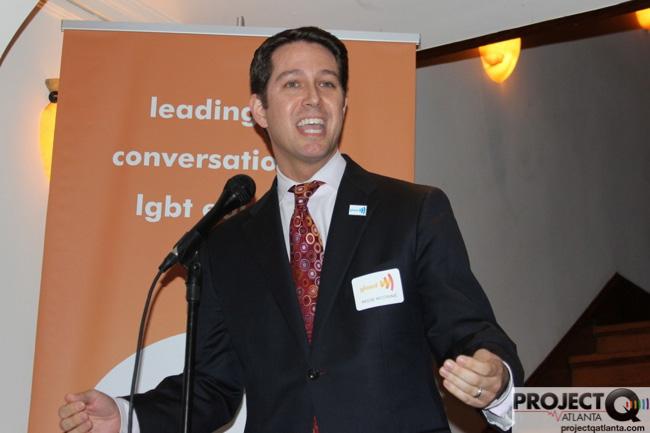 Vice President Joe Biden dropped into Atlanta on Thursday and totally screwed rush hour traffic. While you got stuck on the Downtown Connector, at least one gay guy was hearing Biden's pitch to moneyed Democrats.

That guy? Reese McCranie. It's been a big week for him, first getting to gab with WSB anchor Jovita Moore as the pair was honored during a GLAAD event in Atlanta. Then, he gets to stalk the Veep at Hartsfield-Jackson International Airport.

Ok, not so much stalking as gushing since McCranie, a former spokesperson for Mayor Kasim Reed, is now the airport's spokesperson.

Then, an intimate gathering with the Veep.

VP @JoeBiden speaking to the crowd now. Says the next Governor is going to be @SenatorCarter. pic.twitter.com/Z54HbnUNto — Reese Adams McCranie (@ReeseInATL) November 14, 2013

And you? Stuck in this.

VP Biden was in downtown Atlanta this evening -- this was the traffic his convoy caused: pic.twitter.com/SiHz3UZglB — Brett Rosner (@Brosner85) November 15, 2013