This gay is giving up on Midtown (and Blake’s) 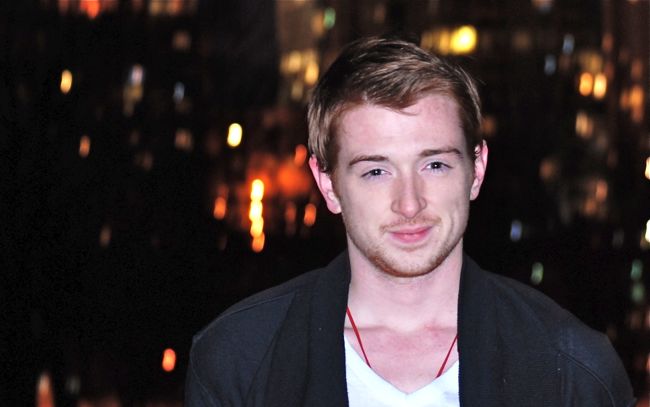 It’s not the crime, the $20 blow jobs, struggling gay landmarks or a raid on a gay bar. No, what’s really driving one gay guy out of Midtown are the nights of judgment and ridicule. From other gay men. In a gay bar. James Keaton Maxwell (photo) took to Tumblr last week to rail against the gay Midtown social scene, comparing it to a trip through your high school cafeteria. You might think he was ignored by some hottie he was looking to score with. Nope. After three years in the gay nightlife fast lane, Maxwell took on the elephant in the room (of Blake’s): The cliquish feel of the gays who cocktail.

One night at Blake’s can be a night of judgement and ridicule if your not standing with the right people. I swear to God if one more gay who can’t bother to remember my name kisses me on the cheek one more time, I promise I will retaliate with a head-butt.

Three years and many cute clothes and paparazzi pics later, Maxwell was surprised that he finally snapped – no, not the snaps of a drag queen about to get in your face. The snap that means he’s had enough of the “fake, fighting, and catty.”

I never thought I’d utter these words, I’m disappointed in you Midtown. Hanging out in the social scene of Midtown is highly comparable to being back in your high school cafeteria… What table will you end up at? I’m not surprised, high school is a taste of the real world. Naturally, there is going to be some politics anywhere you go. Unfortunately, the gay community has fallen for the same sad fate. I thought we were a community that was supposed to be there for each other not constantly compete against one another.

So Maxwell is taking a break from Midtown. He’s no longer in a committed relationship with the traditional hub of gay Atlanta and is seeking other neighborhoods. Snap. Photo by Jamen Wrightsil