This drunk goes from gay bar to Cheshire to jail 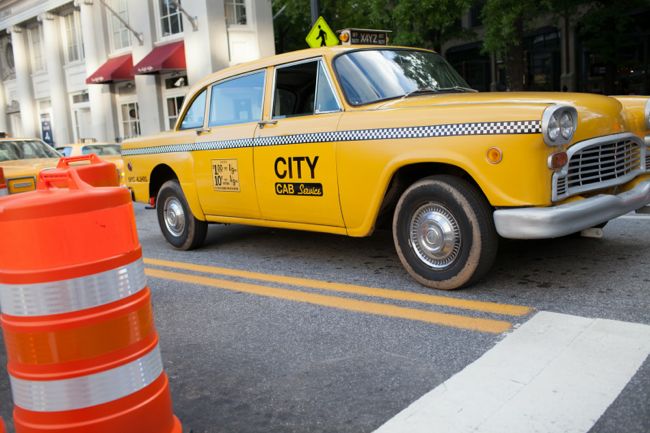 Late into a night of cocktailing in gay Atlanta, this drunk 35-year-old guy and his wingman decide to call it quits. So they jump in a taxi outside the 10th Street bar they were enjoying and take off. Now the real adventure starts.

The gay from Alabama and his friend asked the cabbie to haul them from 10th Street to Cheshire Bridge Road via McDonald's. Yes, honey. Because fast food is so much better with the taxi, and the meter, running outside.

The Big Mac and fries downed, this journey continues to Cheshire Bridge, where late nights always end so well. Sashay away:

"[The driver] then stated that once they arrived at the stated address [the subject's] friend went inside and did not come back out."

Where'd he go, the gloryholes? Down a wingman, Alabama dude makes another request, otherwise known as Stop No. 3. Take me to an address across town. No money has changed hands and the cabbie is starting to smell the stink that came with this fare.

"At this point [the driver] asked that the fare up to that point be paid. [The suspect] stated that he had money at his home and would get money from an ATM closer to his house."

The cabbie, confused over the offer of money from two places, countered with this: I'll take you to a nearby ATM so you can make it rain for me, then we can continue our time together.

"[The suspect] then stated that he did not have a credit card on him and thought he had left it at [the bar]."

So the now impatient driver took his cashless fare back to where this adventure started: The 10th Street gay bar. You know, where Alabama dude's "credit card" is located. Allegedly.

But as the cab pulled up, the guy jumped out – without paying, of course – and tried to flag down another ride. With no money. Somehow, the driver convinced the suspect to return to his cab. It's not clear how or why, but return he did. Then, the cops. Their solution? A free ride directly to jail without passing Go.

"I asked [the suspect] if there was anyone who could come and pay his fare for him as well as give him a ride home, being that he was noticeably intoxicated. [The suspect] then attempt to call a few numbers but was unable to make contact with anyone."

By now, the bar is closed, too. So no retrieving that mysterious "credit card" from inside. But the taxi scofflaw did find some cash or someone with cash. He needed $500 to bond out of the Fulton County Jail after his arrest on a theft of services charge.

This item is taken from an incident report filed Feb. 24 with the Atlanta Police Department.