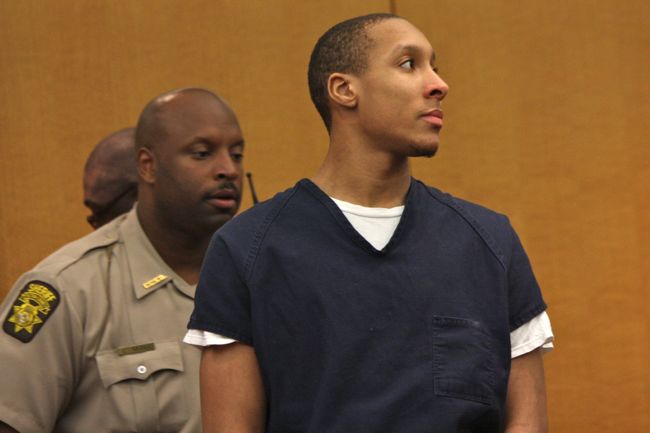 The man who threw the first punch in the anti-gay gang beating of a man in southwest Atlanta pleaded guilty in the case during a hearing in a Fulton County courtroom on Thursday.

Now, Christopher Cain (photo) faces a maximum sentence of 75 years in prison for his role in the Feb. 4 attack of Brandon White outside a grocery store in the Pittsburgh community of Atlanta. Cain, dressed in a navy prison jump suit with his hands shackled to his waist, pleaded guilty to four felonies: participation in street gang activity, robbery by force and two counts of aggravated assault.

“The victim had no opportunity to defend himself and he thought he was in fear of his life during the beating,” Assistant District Attorney Gabe Banks said. “The blows were unrelentless and they continued to do it without regard to life.”

“Christopher Cain, who stands before you today, struck the first blow,” he added.

Cain is expected to be sentenced during a hearing on Thursday with Dorian Moragne and Dareal Demare Williams. Moragne and Williams pleaded guilty in May. A fourth suspect in the attack, Javaris Bradford, has not been arrested.