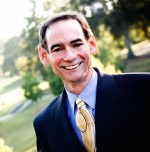 The race for the District 6 post on the Atlanta City Council – often regarded as the gay seat on the council for more than a decade – just got a little more competitive and a lot more gay.

Steve Brodie, a gay man who lost a 2005 campaign for the seat by a razor-thin margin of five votes, announced Thursday that he will try for a second time to unseat incumbent Anne Fauver.

“It’s time to get somebody on City Council that understands business and knows what questions to ask,” Brodie says. “The last election, prior to my getting involved, I knew one person in District 6. Yet I was able to put together an organization and build support to get more than 49 percent of the vote against a popular incumbent. Since then, I’ve become very engaged in the community and in efforts that show I can build coalitions.”

Fauver, a lesbian, won the seat in 2001. She replaced Cathy Woolard, a lesbian whose upstart campaign in 1997 unseated a longtime incumbent and made her the first openly gay elected official in Georgia. Woolard went on to become the first woman and openly gay City Council President in 2002.

Also in the District 6 campaign is Charlie Stadtlander, a gay school teacher who announced his bid in early January. The rhetoric between Stadtlander and Fauver quickly heated up, with Fauver charging that he “may not understand” the city’s budget process.

The city’s shaky financial picture will be central to Brodie’s campaign. He also wants to focus on public safety and says the two issues are linked.

“This isn’t a gay issue or a straight issue. Whoever lives in District 6, public safety is their top issue. To address that, what we need to do is get city finances straightened up,” Brodie says.

Brodie also says that large-scale festivals, including the Atlanta Pride Festival, should return to Piedmont Park. He favors a compromise that returns events with a historical tie to the park, but places limits on how many events can be staged there while moving newer ones to sites still being developed in other areas of the city. Without the creation of new parks, Brodie says current restrictions put in place by the city last year should remain.

Those restrictions booted large-scale events from the park, though the city has softened its stance recently and allowed a limited number of events, including Pride, to return to Piedmont.

Brodie also supports increasing the hours that alcohol can be served in bars and restaurants as a way to increase revenues for the cash-strapped city and return its reputation as a place that is convention-friendly. The city’s tourism industry, which has taken a hit during the recession, is a big revenue generator.

But, Brodie says, the city should focus on creating entertainment districts for longer bar hours as a way to minimize the impact on residential areas that are growing more dense.

“Restaurants and bars are a critical part of the revenue stream of this city and they always will be. In order to expand their revenues, we have to expand the bar hours,” Brodie says. “As a person who doesn’t go out anymore, I look at it from an economic standpoint.”

Brodie also supports the introduction of a per-drink surcharge to pay for any increased public safety costs associated with longer pouring hours.

Brodie says that although District 6, which includes Midtown, was once heavily-gay, the area is more mixed now. But residents there understand the importance of the council post as a platform for gay civil rights and other progressive causes.

“It can be a position with a powerful bully pulpit that isn’t being taken advantage of by the current representative,” he says.

The city needs to bolster its support of its Human Relations Commission, which Brodie once chaired, but adds that there aren’t other gay-specific issues left that the City Council can address. Despite that, the District 6 representative should be on guard to lobby against anti-gay efforts by state lawmakers.

“I can’t say that there is a specific gay issue that needs to be campaigned on now. But the position can be used to lobby for [state] legislation and there has been silence on that. If it is uncomfortable for the city and the council to have someone lobbying on those issues, that is too bad. The voters of District 6, gay or straight, would support that. I am comfortable doing that, but more importantly, it is a moral responsibility,” Brodie says.