Think you can drag? Dragnificent wants you 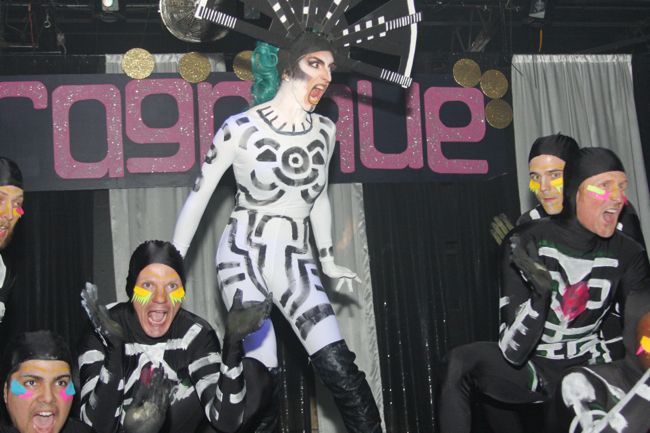 What started more than a year ago as a place to discover up-and-coming talent in gay Atlanta’s drag scene is back with fresh tweaks and a hunger for new queens.

Relabeled as Dragnificent, the former Dragnique showcase at Jungle begins Sept. 19 with competitors vying for $1,000 in case and prizes. But first, Dragnificent needs drag queens. Lots of them. So the competition is hosting open auditions on Wednesday, an event that’s also open to the public.

“Jungle is so excited to host the best drag competition in Atlanta,” Richard Cherskov, managing owner of Jungle, says in a prepared statement. “We had such amazing talent last time around. I can’t wait to see who we discover this time.”

Queens interested in taking their shot at becoming the next Edie Cheezburger, who won Season 3 in April (photo), Rapture Divine Cox (Season 2 winner) or Janelle Brooks (Season 1) should {encode=”[email protected]” title=”email”} Dragnificent with a photo and video explaining why you should be a contestant. The deadline for applications is Monday, though organizers hint that if you’re on drag time they may consider applications after Monday.

But hurry. After the open auditions on Wednesday at 8 p.m., Dragnificent opens Sept. 19 at 10 p.m. after the Big Gay Game Show and runs for seven consecutive weeks. Phoenix will produce the show with Nicole Paige Brooks as emcee.

“The Fantasy Girls are super proud to be presenting Dragnificent,” Phoenix says in a prepared statement. “We have so many surprises in store for the audience and the contestants.”

For its Sept. 19 premiere, the show features judges Nina Flowers, Phoenix and Cheezburger. Each week, Dragnificent donates the tips collected to non-profits.