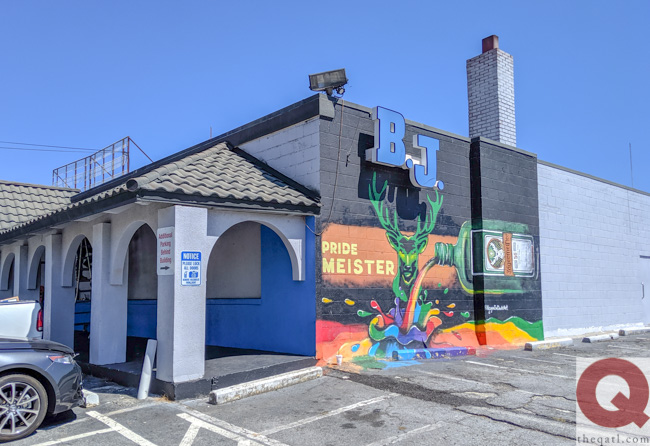 Thieves took advantage of the coronavirus shutdown, breaking into a popular gay Atlanta bar on Cheshire Bridge Road and stealing its safe stuffed with $10,000 in cash.

Sometime between March 26 and April 2, thieves entered the bar, damaged the alarm and camera system, turned off the power and pried open the door to the office, according to an incident report from the Atlanta Police Department.

“The office door that had the safe in it was pried open and marks from the safe can be seen on the floor due to the safe being dragged towards the side patio door,” Officer Jamal King wrote in the report.

One of the bar’s co-owners reported the burglary to Atlanta police on April 2. They told police neither owner had been inside the bar since March 26.

The safe contained $10,000 in cash, according to the incident report. Bottles of liquor were also taken during the heist. Crime scene technicians took photos of the crime scene and dusted the damaged alarm system for fingerprints.

Project Q reached out to a co-owner of BJ Roosters for comment. We will update the story if we hear back.