That’s methed up: Is friend back on drugs, or just annoyingly perky? 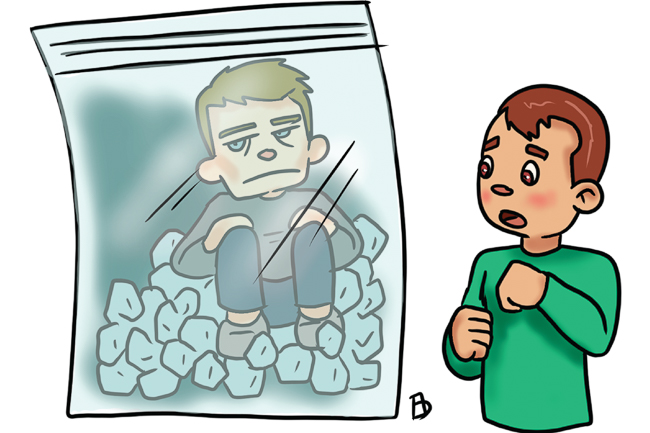 Friends hid meth addictions in the past. They’re supposedly in recovery, but their behavior is a mess. How can you be sure?

A friend hid a meth addiction for about four months before the truth bubbled to the surface.

He came clean and got clean, but now I’m paranoid that I might be confusing his personality with a relapse. He’s naturally bubbly, highly unfocused and sort of a paranoid conspiracy theorist. His current aesthetic is somewhere between shabby chic and Zoolander “Derelique” model

How do I ask him gently if he’s using, or how do I trust him again and let it go?

Your concern is probably more common than many of us like to talk about. Queers and meth are a well-documented duo, and relapses are often part of the journey.

But be careful. People in recovery may experience mood swings that take on the appearance of mania, depression, or both. Any number of other challenges might stress him out so much that he lets his self-care and appearance go for a time.

Confronting him without hard facts could cause damage before you have a chance to help. Instead, mention your observations, and tell him you are concerned about him.

If he avoids it, tell him you’re there for him if he changes his mind. This opens the door for him to come to you, and for you to circle back and broach it again later.

If he’s not ready to confide in you, that doesn’t mean your friendship is over. The line between being supportive and pushy is thin and hard to navigate. Use your best instincts.

And yes, the symptoms you describe could be signs of relapse, so you also have to be ready for that to be the issue. If your friend admits it, or if you find direct evidence, encourage professional help. You can support him, but you’re not qualified to fix him.

My best friend hasn’t been himself, and there may be an ongoing substance abuse issue. He’s been disappearing for days at the time, even missing work.

Two weeks ago, he told me that his boss confronted him, and he confessed to her that he is in recovery.

Now he’s disappeared again. I want to reach out to his boss to find out if she knows anything. How can I show her, and my friend, that I care without overstepping?

The desire to compare notes makes a lot of sense, especially since your friend’s recovery is known, and because he is missing. Tell the boss what you wrote here: You can’t find your friend and just want to know if he’s OK. It’s reasonable to assume she may have the same concerns.

Once your friend’s safety is secured, see Bubbly’s letter above. Yours is a supporting role, not a star player in your friend’s recovery.

The Q is entertainment, not counseling. Send your burning Qs to [email protected].