These two gay men are running for re-election 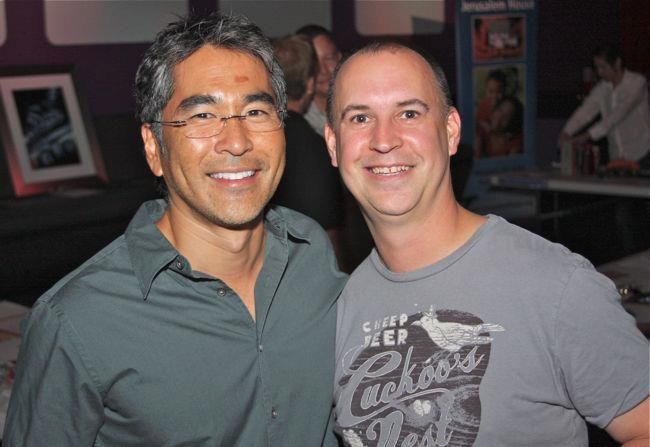 The Labor Day holigay over, these two gay incumbents are ready to rumble. Within four hours of one another, Alex Wan and Brian Bates on Tuesday made it clear they want four more years helping to run their respective city councils.

Both gay men filed their paperwork last week before the holiday. On Tuesday, they made sure supporters knew it.

Wan (photo left) went first, emailing supporters that he needs their help to win a second term as the District 6 representative on the Atlanta City Council. He's picked up two challengers in Mike Boyle and Tracey Austin. But not the sex shop owner who toyed with the idea.

You will remember that in 2009, I pledged I would balance fiscal responsibility with effective delivery of city services as well as protecting our neighborhoods while supporting appropriate economic development. We have made great progress along those objectives in the four years I have served as your Council member:

• Expanded our police force to more 2,000 officers and reduced crime by double-digit percentagesGrown cash reserves from $7 million to approximately $130 million, enhancing our credit ratings and reducing interest expense on our borrowing

• Accomplished  all of these milestones with $100 million less General Fund revenues, balanced budgets each year, and had no increases in property taxes.

I also have been a staunch and vocal supporter of our District’s precious neighborhoods, championing projects to improve our quality of life while fighting developments that would jeopardize communities that we call home.

Wan didn't mention his bumpy drive along Cheshire Bridge Road earlier this year as he pushed to force out some sex shops and strip clubs. That effort failed, but the District 6 race is hardly shaping up to be the free for all Wan won in 2009.

Am excited to seek re-election to serve #doraville residents & look forward to talking about how we can continue to move Doraville Forward!

He faces challenger Dawn O-Connor in his bid to win another term on the Doraville City Council. Bates won his first full term in 2009, easily dispatching challenger Tom Hart. The gay Republican was first elected to the council in 2007 to fill the unexpired term of a city council member who resigned.

The election for both posts is Nov. 5.