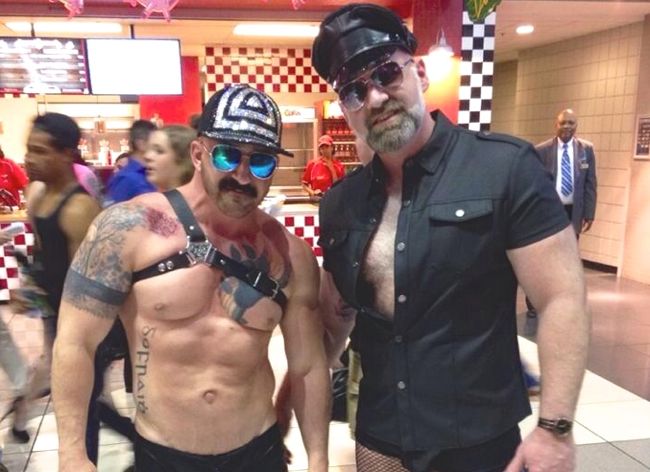 When gay Atlanta poured into Philips Arena to worship at the alter of Lady Gaga and her ArtRAVE: The Artpop Ball tour, these two daddies dominated the Little Monsters archiving every second of the night on social media.

There they were on Tuesday night with drag performer Phoenix, gay boys and more than a few straight girls. All of them wanted to snap an up close keepsake with the daddies in their caps, square cuts, leather accents and fishnet.