These last-minute gifts are your best option

It’s Christmas Eve, and you still have Christmas shopping to finish. We’ll blame you later. In the meantime, here’s a list of gift ideas from music to calendars to random eclectic items. 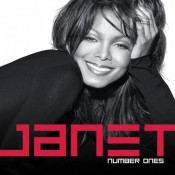 Gay dance diva Kristine W. gathered all of her music videos together on two DVDs just in time for the holidays, so grab a copy of “The Ultimate Music Video Collection” for the gay dance diva-wannabe on your shopping list. If you can’t find that, look for the two-DVD collection of Madonna’s music videos, “Celebration: The Video Collection.” It is quite the gift for your collector.

No, her first name ain’t “Baby!” Janet Jackson (top photo) offers up the two-CD “Number Ones,” a collection of her 33 chart-topping hit singles from the last 23 years. All the big ones are here, along with a few that topped smaller charts. Her new single “Make Me” is also included, and if you buy the Target/iTunes exclusive version, you get an edit of the Bimbo Jones remix of it.

Britney Spears released several formats of “The Singles Collection,” from the single CD edition with remasters of all of her hits, to the DVD/CD edition with music videos, to a deluxe edition as a boxed set with all of the CD singles, remixes and B-sides. 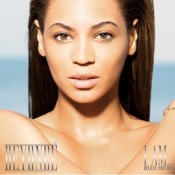 Beyonce (second photo) offers a deluxe edition of “I Am … Sasha Fierce!” with bonus tracks “Poison,” “Why Don’t You Love Me,” and an extended remix of “Video Phone” featuring Lady Gaga.

Speaking of Lady Gaga, don’t underestimate the power of “The Fame Monster” as a gift. If your Lady Gaga fan has not already snatched this one up, it has eight new tracks, along with the originals from “The Fame.”

Has it really been 16 years since Sheryl Crow debuted with “Tuesday Night Music Club”? It has, but Crow softens the blow by releasing this remastered edition to commemorate the occasion. Look for 11 remastered tracks from the original album, 10 remastered rarities and B-sides, and a DVD with music videos and a documentary. 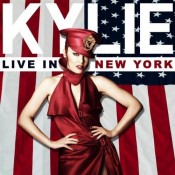 Fresh off of her first North American tour, Kylie Minogue releases the fabulous “Kylie: Live in New York,” a 25-track party from her final concert at the Hammerstein Ballroom in October.

“I Am … Yours: An Intimate Performance at Wynn Las Vegas” documents a recent performance by Beyonce on DVD and two CDs. The first half of the show is a more acoustic set of mostly ballads, and then Sasha Fierce takes over for a show-stopping finale complete with all of her biggest dance hits.

George Michael finally gives fans a recording of his concert experience with the fantastic “Live in London” DVD, which was recorded on his successful and phenomenal Twenty-five Live Tour across Europe and North America. He sings some of his hits from Wham! along with his biggest solo hits.

Other live releases from the last few months also stocking-stuffer worthy are the “Live from the Royal Albert Hall” DVD/CD by the Killers, “Tina Live” DVD/CD by Tina Turner,” and the Wal-mart exclusive “Live on the Inside” DVD/CD by Sugarland, which includes memorable covers like Beyonce’s “Irreplaceable,” the B-52’s “Love Shack,” the Kings of Leon’s “Sex on Fire,” and Pearl Jam’s “Better Man.”

Recent album releases
Consider giving your music lover one of these smash hits of recent months: “Stronger with Each Tear” by Mary J. Blige, the Grammy-nominated “Suckin’ It for the Holidays” by Kathy Griffin, “The Fall” by Norah Jones, “I Dreamed a Dream” by Susan Boyle, “Unexpected” by Angie Stone, “Rated R” by Rihanna, “She-Wolf” by Shakira, “Just Like You” by Allsion Iraheta, or either of the “Glee” soundtracks.

Calendars and other gifts 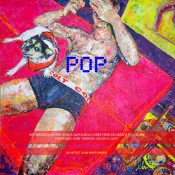 It’s always a good time to consider a calendar for your favorite ‘mo. Rentboy.com gives you a 2010 calendar with some of the “working boys” from their site.

And don’t forget about Bo Dixon and his “Bo Dixon: Reinvented 2010” calendar with hot beefcake images of the model alongside self-help tips. Read our interview with Dixon about the calendar.

For the bold among your gays, there are briefs, boxer briefs, and jockstraps by Piss and Vinegar with images of Jesus – as in the Son of God, not Madonna’s hot new boy toy.

Get out Christmas Eve and ease your procrastinating conscious. Your local gay retailer can help you pick up these hot releases and make it appear as if you thought longer and harder about it.