These Atlanta gays have a nicer condo than you 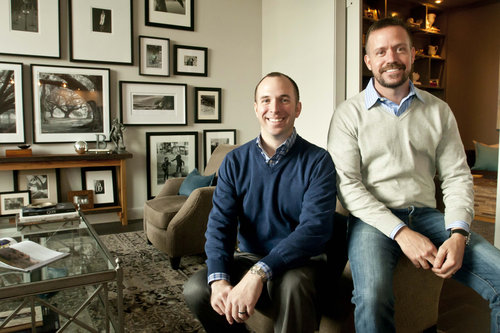 Look past the soothing color palette of this Buckhead condo and you’ll find two shrewd gays. They’ve got a designer home for two that hides their dirty secret. Like the sloven masses, they just can’t do without a TV. The condo of Sam Morgan and Michael Scott Bartruff – nestled in The Brookwod, prices ranging from $250,000 to $2.5 million -- is nice enough to earn a spot in the AJC’s Private Quarters. What’s that? A showcase for homes much nicer than yours. But their bedroom cries out for a dose of designer Viagra. It’s a little too soothing to do more than sleep in there.

Morgan and Bartruff worked with an interior designer to accomplish their vision of a calm condo in the city. They brought in a soothing color palette, with blue accents, and made major changes such as replacing carpet and renovating the den.