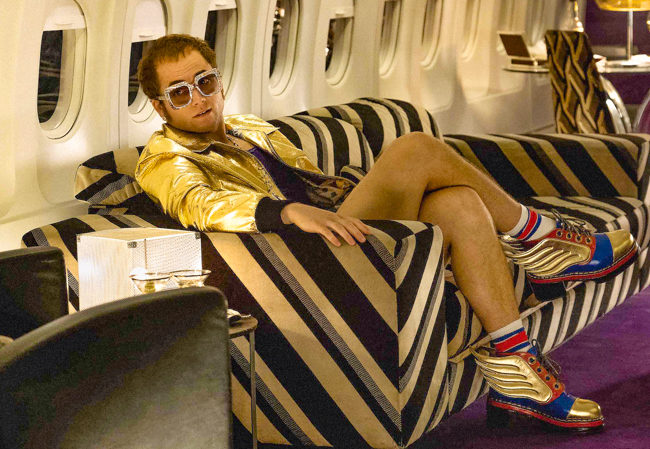 Things to look forward to in the New Year can sometimes feel like a mystery. Luckily, there’s already plenty of queer and queer-created movies, television, music and books in the works for 2019.

Here’s Q’s list of some of the most noteworthy to-do list items for your Queer Agenda in 2019:

If you felt like the Golden Globe darling Bohemian Rhapsody was too straight and safe, then get ready for Rocketman in May. The Elton John biopic stars hunky Taron Egerton (“Kingsman”), who was handpicked by the man to transform into John’s likeness (top photo). Egerton even provides his own vocals and sex scenes for the film.

What If It’s Us is a romantic comedy based on the book of the same name by Becky Albertalli and Adam Silvera. Albertalli is from Sandy Springs and wrote Simon vs. the Homo Sapiens Agenda, which became Love, Simon, and Silvera wrote They Both Die at the End. When it bows in October, this as-yet-uncasted new boy-meets boy film set in New York will hopefully capture audiences in the same way Simon did.

Just in time for the holidays at the end of the year when you’ve had time to get past the most recent ones, look for romantic comedy Happiest Season. Kristen Stewart plays a woman looking for the perfect way to propose to her girlfriend during a Christmas party.

While some outlets have reported Call Me By Your Name 2 for 2019, chances look more likely for a 2020 release.

Next week, our favorite gay couple on the small screen and the rest of the Rose clan return in season five of PopTV’s Schitt’s Creek (second photo). If you haven’t already, get caught up on previous seasons on Netflix, because David and Patrick and the rest of this quirky cast of characters make up one of television’s best sitcoms.

Lesbian hero Batwoman was introduced during the CW's Arrowverse crossover in December, and fan reaction to genderqueer actor Ruby Rose’s portrayal was so enthusiastic that producers will spin off the character into her own series.

Michael Downing kicks off the literary queer year with Still in Love: A Novel. Catch up 20 years later with Mark Sternum, the lead character from Downing’s previous novel, Perfect Agreement. The author describes it as both stand-alone novel and a complement to the first.

Later this month, Sabrina Khan releases The Love and Lies of Rukhsana Ali. The novel explores the titular character’s closeted life in her Muslim parents’ home and her desire to be who she truly is when she begins college. When Ali is discovered kissing her girlfriend, all of her plans could be in jeopardy.

If My Body Could Speak is a collection of poetry by Blythe Baird to be released in February. Only 22, Baird is known for her visceral takes on body image issues, sexuality, growing up as a girl and feminism.

In March, Jacob Tobia releases Sissy: A Coming-of-Gender Story (bottom photo, left). The memoir chronicles their journey from being labeled male while growing up in North Carolina, all the way through to finally coming to terms with their true identity as non-binary and queer.

Like many queers, artist Phil Jimemez grew up dreaming about Wonder Woman in comic books. As an adult, the heralded illustrator actually got to draw it himself. DC Comics publishes Wonder Woman by Phil Jimenez Omnibus (right) next month. The oversized hardcover collection weighs in at 1.25 pounds, spans more than 850 pages and contains his entire run on Wonder Woman, several limited series and variant covers drawn by Jimenez as bonus material.

This feature originally appeared in Q magazine. Flip through the latest edition below.