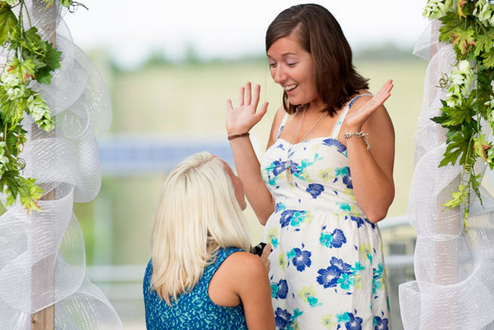 What’s more tenacious than a bridezilla at a dress sale? A gay groomzilla in a nationwide contest for a dream wedding. Well, hands at your sides, clamoring gay couples. The results are in. 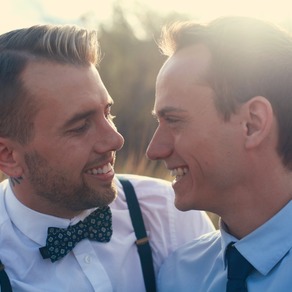 The ACLU released the cracken, er, scores of gay and lesbian couples including some from Georgia, to jockey for votes some three months ago. They took to Twitter and Facebook, turned friends and family into obsessive click-voters and even got media outlets to make their pitch.

Their only qualification? They had to live in a state without legal gay marriage to point up marriage in-equality in those states. Georgia more than qualifies. It's like, worse than Alabama.

The competition was heated. We were particularly seduced by the love story of gay Atlanta’s own Manny and Tom. But alas, when ACLU announced the couples, none of our Georgia pairs won the coveted prize.

Womp-womp. Awwww. Try as they might and garner tons of support as they did, our three Georgia favorites still have plenty of love but no prize of $5,000 to transport them to a state that will perform a legal wedding for them. Thanks for playing, y'all! Your parting gift is love! 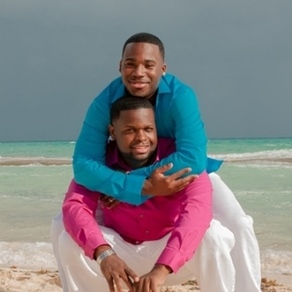 But the list of five winners does include a pair of Tennessee cuties just a hair’s breadth from the Georgia border in Chattanooga. Lindsey and Megan (top photo) had an (il)legal ceremony in their hometown on Saturday and are making plans to tie the knot legally in Washington, D.C., with their winnings.

Why is it important to you as a couple to be legally married when your home state won’t recognize the union?
It’s not about just saying we're married, it's about a validation. It's saying that you're married: We respect each other, we love each other, we trust each other, we are committed. Because Tennessee doesn’t recognize marriage for same-sex couples, if I got sick, we couldn't visit each other in the hospital. Someday when we have a child, we want them to feel like their family is just as important and real as any other family. It makes them feel like less because they can't say that our moms are married.

Tell us how you met and fell in love!
Megan: A friend of mine introduced us. We've been head over heels in love, and we fall more in love every day. It's like a movie. When I hear these love songs on the radio or see these movies, I feel like they're about us. We take time every day to say "I love you." 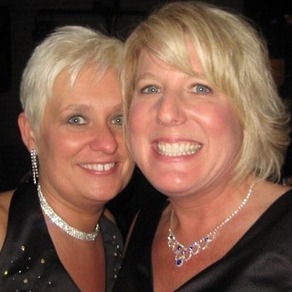 What are you most looking forward to about being lawfully wedded spouses?
Everything! We want everybody else to know about our commitment. Even if it doesn't count in our home state, we want that level of commitment, under the law. It's making it official. Declaring it to everybody.

Congratulations to the winners, especially the wonderful couples who entered but don’t get a fancy prize. Go meet all of the prize-winning couples, from the Nevada men who’ve only been together a few years (second photo) to the hip Phoenix guys, from the young professional Houstonians (third photo) to the North Carolina women who’ve been coupled for a quarter century (bottom photo).