There was an election Tuesday; the gay guy lost 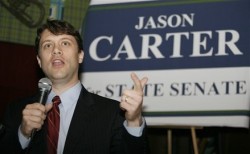 Yawn. There was an election on Tuesday — four, in fact — and though they were called special, they really weren’t. A gay indie candidate lost and that may not portend well for seven other LGBT hopefuls on the ballot this year.

A guy with a famous last name was on the ballot and he’s the one that trounced the gay indie candidate. It all took place in state Senate District 42, which is nestled in DeKalb County and includes parts of Decatur and Atlanta. The guy with the well-known last name, Jason Carter (top photo), is the grandson of that Carter. Yes, the one that lived in the White House for a couple of years in the late ’70s. 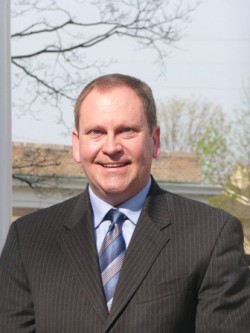 But the odd thing with this election — and the other special elections on Tuesday for the General Assembly — is that the winners fill the remaining six months or so of the seats they now occupy. That means voters will go through all of this again with primaries on July 20 and the general election on Nov. 2. Carter and Stubbs qualified to run for the full term and Patrick’s website indicates he’s running again, too.

The interesting nugget out of this race: Georgia Equality endorsed Carter, who is straight, over Patrick, who is gay. It puts the statewide gay rights group in an uncomfortable position of not backing one of its own, the same predicament Georgia Equality found itself in last year when it endorsed Lisa Borders over the gay candidate, Kyle Keyser, in the Atlanta mayor’s race.

With several other LGBT candidates running for office this election cycle — five for the General Assembly, two for Fulton County Commission and one for the state Senate when you add Patrick’s second campaign — is Patrick’s loss a harbinger of things to come later this year for the gay hopefuls? It’s difficult to tell as the mix of candidates includes veteran activists, political neophytes and past losers.

At least two, though, are nearly assured of re-election since they are running unopposed. State Rep. Karla Drenner is seeking her sixth term and Rep. Simone Bell is seeking re-election and her first full term.

The other openly gay candidates on ballots this year:

Brad Ploeger, a gay attorney, is running as a Libertarian and hopes to unseat gay-friendly Rep. Margaret Kaiser for the District 59 post that includes portions of Grant Park, Midtown, Lakewood and the Old Fourth Ward.

Gay restaurateur and Democrat Keith Gross is taking his second run at unseating Rep. Mike Jacobs, a gay-friendly Republican in District 80 in DeKalb County. Jacobs authored an anti-bullying bill currently being considered in the legislature.

Tim Riley, a gay mental health counselor who lives in Athens, is campaigning as a Democrat for the second time against Republican incumbent Ralph Hudgens for the District 47 seat in the Senate.

Perennial candidate Keisha Waites, a lesbian, is also campaigning for the District 6 post on the Fulton commission. The GA Voice traced her resume of unsuccessful campaigns:

In 2001, Waites – who went by Sean instead of Keisha on the ballot at that time – ran for the at-large Post 1 seat on the Atlanta City Council.

In 2002, she ran for State Senate District 36, placing fourth in the Democratic primary.

In 2004, she was one of four candidates who applied to temporarily fill the Atlanta City Council District 12 seat, but council members did not pick her for post.

Waites then ran for the Atlanta City Council in 2005 and ran for Fulton County Commission chair in 2006.

She ran for State House District 61 in 2008 and received the endorsement of Georgia Equality in that race. Waites again ran for Atlanta City Council in 2009.