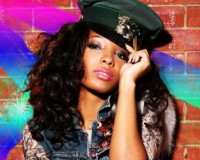 It may seem like singer Wynter Gordon suddenly burst onto the music scene, but she was already entrenched with big name artists behind the scenes. The hot commodity let us in just before she takes over Atlanta Pride on Saturday.

At just 26, Gordon (photos) is a bit of a phenom. As early as 2005, she wrote the title track for Mary J. Blige’s “The Breakthrough.” She also wrote two songs for Danity Kane’s second album in 2008 and co-wrote the international hit “Sugar” for Flo Rida in 2009. Want more? She sang on and co-wrote the club hit “Toyfriend” for DJ David Guetta that year. Things didn’t slow down in 2010, when four Gordon-penned songs landed on Jennifer Lopez’s danceable “Love?” album. 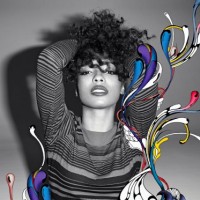 So what’s a young woman from humble beginnings in Jamaica, Queens to do with so much under her belt at such a young age? The sky’s the limit for a singer who says she wants her music “to be around for ages.” Most recently, she’s busting through in her own right with the fun new “Buy My Love” video (above) just as her album “With the Music I Die” (second photo) ensures that winter 2011 becomes Wynter 2011.

As she psyched up to play her part in a really strong lineup of Pride stage acts, the energetic Gordon chatted us up about her music, her personal connection to the gays and jibing her religious background with people she calls “the haters.”

What are you most looking forward to on your return trip to Atlanta?
I always love the food there; I can’t wait to go to Papadeux. For Pride, I just want to party with everybody. Gay shows get the most love, and I want to give it right back and just feel the love.

Did you always know you would slay the gays, and what has their support meant to you?
I didn’t know they’d be my core audience or really help me in my career, but I have a connection. A close family member just came out of the closet. He’s still very young. I always knew he was gay but was waiting for him to be comfortable saying it.

All the things he was going through in a really religious family, and seeing his struggles made me sensitive to the hardship.

How did that religious upbringing affect your acceptance, and how has your view evolved?
[My family member and I] had a talk, and I sat down and answered his questions about whether Jesus loved him, and that just broke my heart. When I think about what the Bible teaches, above all things it is to love. I told him God created him. There’s no way God doesn’t love him, and no man can say whether anybody else is going to hell or heaven. There’s nothing you can tell the people who hate on the gays. They just don’t know, but growing up with someone, the plight becomes personal.

The “Buy My Love” video is really fun. Is that a good example of what to expect on “With the Music I Die” and at the Pride performance?
It’s a really fun song, but no. I’m leaning more toward a 90s melodic mixture than pop dance music, so [“Buy My Love”] really like a one-off. Those songs were written a long time ago, so I’d say it’s more serious, and I’m going in and reworking them so you’ll be able to hear them in the clubs too.

What word comes to mind when you think about how you want your music to affect people?
I would want them to walk away and say “classic.” The music that I’m making I feel like will be around for ages. The melodies — and the show you’ll see – are full of confidence and fun but have a timelessness.