The T in Tinder — and the B, and the Lipstick L — spell trouble 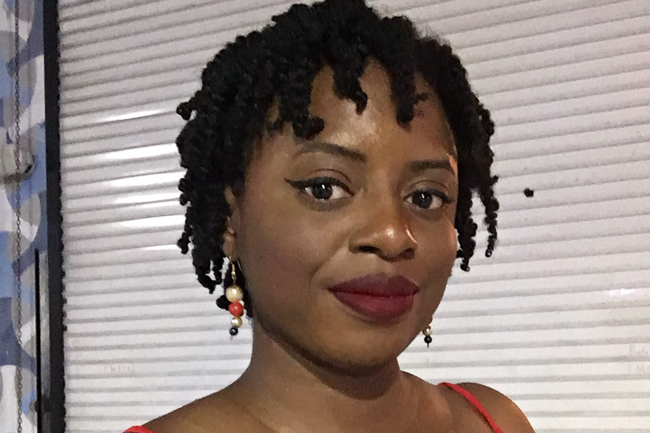 I use Tinder like most people use Angry Birds.

When I’m bored and fidgety, it gives me something to do. I don’t take it seriously.

However, Tinder takes itself way too seriously. While I was casually browsing the interwebs for inspiration to write this piece, I came across a news story about Trace Lysette being banned from Tinder. Apparently, the digital fidget spinner has a problem with transgender women.

If you don’t know who Trace Lysette is, you should. She’s an actress who has appeared in a few groundbreaking projects including Transparent, Pose and Law and Order: SVU. Her latest project is Hustlers. Basically, she’s 100% that bitch. Word to Lizzo.

Tinder must have missed the memo.

“Attempted to get back on the dating horse and signed on [Tinder] last night,” she tweeted on September 18. “Uploaded a few flirty pics. Bought the gold version so I don’t have to swipe a million times to see who likes me. And when I woke up this AM I was banned.”

Her account was eventually reinstated and Tinder issued a lukewarm apology.

“We believe in inclusivity of and respect toward all gender identities and would like to help however we can!” said Tinder’s official Twitter account. “Please reach out to us via DM and someone on our team will be more than happy to look into this. Thank you!”

“Thank you for reinstating my profile. For those wondering I’m going to continue speaking with them about the larger issue for trans folks regarding this dilemma,” she replied. “I know everyone doesn’t have the luxury of just tweeting them and getting results.”

Apparently, this experience is common among transgender people due to transphobes who report them for being “deceptive.” This is yet another example of transgender people being stereotyped as predators even though they’re more likely to be the prey.

As a cis woman, my experience on Tinder isn’t as treacherous. As a queer woman, I feel like a lamb shank in a butcher shop. If I was petty, I’d start reporting the true predators on Tinder: straight couples.

Allies, before your heterosexual panties begin to bunch, let me explain.

I logged in on Tinder to see how long it took before I encountered a straight couple looking for their unicorn. It was less than 30 seconds before I found one. They’re literally everywhere, and they’re all the same.

It’s a man and a woman, obviously. The woman is bisexual, and they’re all looking for the same thing. They want a “drama-free” pretty woman who “wants to have some fun” and doesn’t mind the man watching, of course.

I’m 30 years old, and I’ve never encountered a straight woman and bisexual man looking for a third. Biphobia is a bitch, ain’t it?

I wouldn’t be so pressed if they were cool about it. The problem starts when I log in to see a bare male chest in my inbox. I’m good until I see cis men pop up when I have my settings set to avoid them. It’s all good until they see me in all my lipstick lesbian glory and decide I can be converted. My point? These people are more persistent than a Jehovah’s Witness on a sunny day.

So hey, Tinder, how are transgender women predators for existing? Why are they seen as the boogie monsters when they are being murdered by actual monsters? As of this writing, 18 transgender people have been murdered in 2019. Seventeen of them were black women.

While they’re alive, they have to deal with men like Malik Yoba receiving ally cookies even though he’s been accused of abusing transgender youth. The accusations were swept under the proverbial rug, and Yoba is able to go on The Breakfast Club and other shows to present himself as a transgender savior.

Ashleigh Atwell is a Tinder fidget spinner living and writing in Atlanta.

This column originally appeared in Q magazine. Read the full issue online below: