The Sugarbakers provided a lifeline to me

Twenty-three years after the show premiered on CBS, “Designing Women” finally comes to DVD. Now I’ve got the Sugarbakers on my mind.

Growing up in the South, there are plenty of things to be ashamed of — slavery, racism, the Ku Klux Klan, inbreeding, toothless banjo players, the list goes on — so I always felt a little awkward about being proud of my Southern heritage. But the show helped change that for me by making no apologies for its Southern roots.

My mama, sister and I loved the show so much that we recorded episodes — VHS, of course — to watch over and over. Now, the three of us can quote lines with the best of them. (My daddy would always ask us, “Haven’t you seen this one before?”) 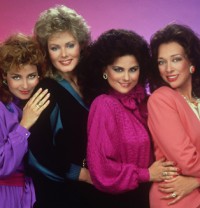 At college in South Carolina, my best friend Andy would come over and watch the tapes with me. No one in our fraternity would be surprised when we both came out after graduation.

I was in denial about being gay from puberty through college and I thank God for the writing on the show. Series creator and writer Linda Bloodworth-Thomason and her stable of writers tackled the beginnings of the impact AIDS, domestic abuse, breast cancer and other women’s health issues, the death of a spouse and gay rights, among other serious issues.

At a time when I knew I was going straight to Hell for what I thought, felt and desired, this little sitcom sent the message that everything might just be OK. For some people, it was just a TV sitcom. For me, the messages it sent were lifelines. I could be gay, Southern and Christian without my life falling apart.

All 21 episodes are included, along with a 2006 cast reunion that brings Dixie Carter (Julia Sugarbaker), Delta Burke (Susanne Sugarbaker), Jean Smart (Charlene Frazier Stillfield) and Annie Potts (Mary Jo Shively) together with Bloodworth-Thomason. According to internet accounts, arranging licenses for the songs on the show are to blame for the long delay in the series reaching DVD.

“Designing Women” had a checkered history during its first season, way back in 1986-87. CBS aired, then canceled, then un-canceled the show and moved its time slot four times. (The show would experience a total of nine time changes during its run.) “Designing Women” would go on to find a solid fan base — hello, women and gay men! — and became immensely popular, lasting seven seasons.

So, if you always dreamed of delivering scathing monologues like Julia, learning to not take crap from anyone like Mary Jo, marrying the most handsome man in shoe-leather like Charlene, or working a runway wearing a tiara like Suzanne, this is a must-have DVD set for your collection. I can hardly wait to watch the episodes with Andy. Don’t you feel sorry for his husband?