The seven types of guys my pants drop for 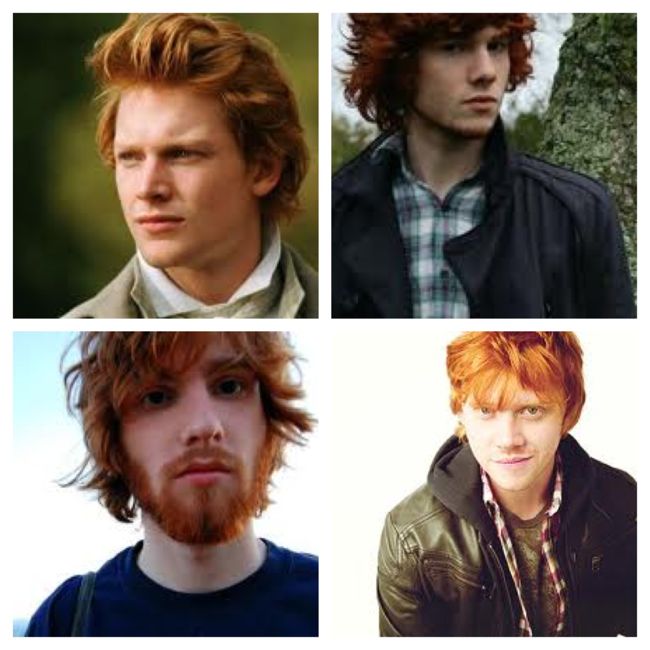 Mystic gingers, obnoxious hipsters and even deaf guys. Maybe a UGA frat guy, too. Those are just some of the men that can catch my eye, convince me to drop my pants and compete for a top spot on the list of “Best Lays of My Life.”

Ah, the mystic ginger. Most people essentially treat them like vampires: pale, soul-eating abnormalities who never see sunlight. Shine a light on them and they’re like the living dead, fleeing from any source of light. I don’t know what it is about gingers that attracts me to them in particular. I have two theories: it could either be because I like that they’re sort of the societal underdogs, or it could just be that when I pull their pants down, instead of seeing plain old black pubes, there’s a pop of color, which I as a visual person aesthetically appreciate.

Yes, we all know hipsters can be completely obnoxious, with their music snobbery and paradoxical “individualist” attitudes while subsequently going out of their way to fit into the hipster culture. But there’s something about them that still makes my dick hard. It’s like taking the physique of a twink, throwing in some killer sleeves (instead of, say, a tramp stamp, as twinks are apt to get), and possibly a few piercings (bonus). But unlike a twink, there’s no false sense of privilege to roll your eyes at.

When I say “druggies,” I mean those guys who like drugs, but not so much that it’s destroying their lives. Meaning not completely addicted, but on the cusp of full-blown addiction. I’ve always said that if you look like you’re just coming off of a 10-day heroin binge, I’ll most likely sleep with you (after a quick scrub-down, naturally). Maybe it’s the self-destructive nature of it all, or maybe the emaciation that usually goes along with heavy drug use, or maybe just a combination of both, but limp dicks be damned, I still find them sexy.

This is perhaps the fetish I’m most confused by, as I’m a staunch atheist and as such pretty oppugn when it comes to religion, but the stereotypical Jewish guy is an automatic turn-on to me. I can, quite literally, spot a Jewish guy, practicing or not, from across a room. There’s just something about a man with a kippah perched on top of his Jew ‘fro that makes me want to go down on his kishka.

The sad thing about deaf guys (and gay guys with so-called handicaps in general) is that a lot of guys readily write them off because of their disability, when in fact some of the most beautiful guys I have ever met, both externally and internally, have been deaf guys. Physicality aside, I find that their perspective on the world tends to be completely fascinating, so while I may want to sleep with them, a little introspective conversation never hurts. Plus, as a linguistics nerd, I get the added bonus of learning American Sign Language or at least the key phrases: “Pants down,” “You. Bed. Now.”

Western and Eastern Europe offer two very different male varieties. I tend to lean towards Western Europeans, which is ironic given my general distaste for American West Coasters. That’s mainly because even if I don’t understand them, I know enough about Romance languages to vaguely translate what they’re saying without taking away from the allure of someone that barely speaks American English, but also because six of the top 10 positions in the list of “Best Lays of My Life” go to Western Europeans. Two of those times I topped, which, if you’re even faintly familiar with me, you know is a rarity. The statistics do not lie.

Let’s just put it out there. Every frat guy in Athens is at least a little gay. I think I’ve slept with more “straight” guys in Athens than gay guys. Driving through the UGA campus is a veritable buffet of hot ass. UGA guys are in a league all their own: the shaggy hair, the preppy attire, the almost ungodly amounts of alcohol they can consume. They even manage to make croakies, those stupid ropes you attach to your sunglasses and hang around your neck, look good, and that, my friends, is truly a feat.

This post first appeared on Lucas Lascivious; photo via