The queers climb this weekend in Chattanooga 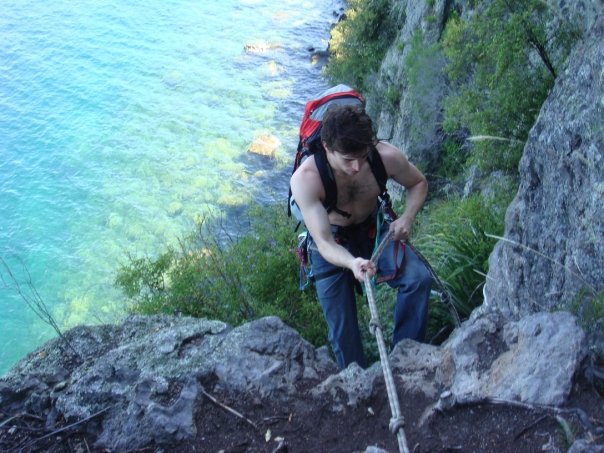 What involves harnesses, slings, ropes and cracks? Rock climbing of course. And the Georgia affiliate of Homo Climbtastic heads to the cliffs around Chattanooga this weekend with plenty of equipment and queer climbers. 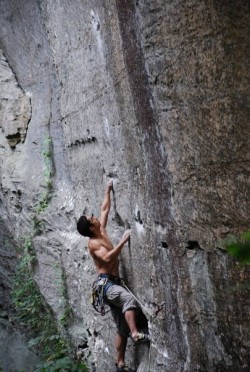 Homo Climbtastic, which holds the nation’s largest queer climbing conventions, has spawned local spinoffs in Texas, California, Toronto and now Georgia. The Georgia club’s first trip is planned for Friday and Saturday to areas around Chattanooga.

Trips are open to anyone with the knowledge and equipment to climb outside. The group has a Facebook page – doesn’t everyone? – and you can post to the club’s wall or message its officers.

Homo Climbtastic’s first trip to the New River Gorge in West Virginia in 2008 was only five people, two of which were from Georgia. A series of absurd climbing adventures involving frog legs, hotel rooms and stranded turtles in West Virginia and Kentucky grew the membership.

That and cooperation with a similarly-minded organization, the St. Louis MoClimbers, led to the nation’s largest queer climbing convention to date, a 28-person trip to the New River Gorge in 2009.

The success of the 2009 trip led to local spinoffs in Toronto, Ontario; Austin, Texas; and the bay area of California, each of which now have burgeoning memberships and are regularly running trips of 10 to 20 people, as are the preexisting New York and St. Louis groups.

Based on the recent explosion of the local clubs, we realized that Georgia, especially Atlanta and Athens, would have more than enough people to support a local queer climbing club, and so we’re starting one.

You can be straight, gay, lesbian, trans, queer, bi, or anything else. The only thing you have to be is a climber. And don’t just join the Facebook group and go quiet–write on the wall, talk to the members, find a carpool and get yourself on the rocks.

In addition to this weekend’s outing to Chattanooga, we’re also planning a return to West Virginia’s New River Gorge from July 15-19. It’s our second queer climbing convention and will feature the continent’s biggest gathering of foul-mouthed, sinewy and hilarious LGBT-friendly climbers.

Alex Rowland is about to graduate with a law degree from the University of Georgia. He is the founder of Homo Climbtastic. He would make an excellent trophy husband.

Much has changed for the better since state Rep. Park Cannon first made Jennifer Barnes-Balenciaga her LGBTQ liaison – a unique role at the...
Read more
Community

Kris Brown learned a lot running political campaigns, but identifying as queer was their first foray into political awareness. It's a path that now...
Read more
Community

If you don’t know Mychel "Snoop" Dillard, you probably know her vibe. With several thriving Atlanta restaurants, lounges and cafes to her name, Dillard...
Read more