What if I’m not ‘Kinsey 6 Gold Plated Gay-Gay’ any more? 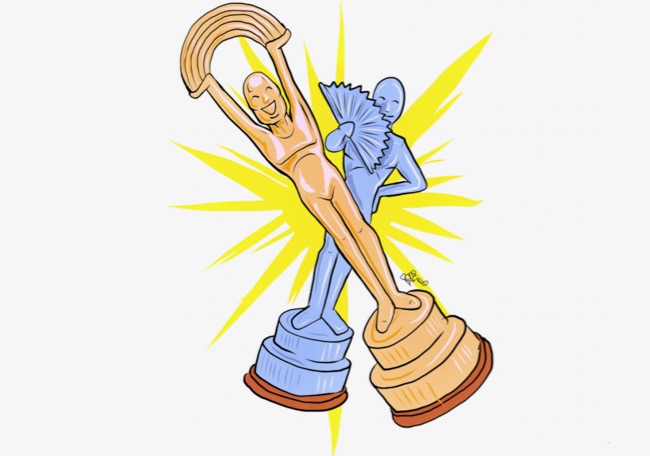 Does sex with a transman remove my coveted 'gay' rating, and if so, am I not certified 'Gold' any more? And since everyone is getting married, should we? The Q column has some thoughts.

I’m gay-gay. I’m not Platinum Star Gay because I was birthed vaginally, but I’m definitely Gold Star Gay. Other than being born, I’ve never touched a vagina, and I have never had any kind of sexual contact with a woman. I can’t imagine I ever will.

Lately I’ve seen some hot images and videos, and I started wondering. If I have sex with a trans man who identifies as gay, and my penis penetrates his vagina, am I still considered a Kinsey 6?

Let's first play a bit of catch-up. In the 1950s, a scientist named Kinsey tried to put sexuality into perspective by creating a sliding scale for sexual orientation. Then at some point in the '90s, some bar queens created categories of vaginal contact based on precious metals. Now combining them decades later, you wonder if you can maintain your ranking in both if you have sex with a man you’re attracted to.

To indulge you momentarily, you could decide that sex between men is still “gay gay,” as you put it, so you’re still a '6' according to 60-year-old experimental classifications. Trans men are men, after all.

But perhaps you (wrongly in this opinon) decide this sexual attraction and experience makes you a '5.9.' Is that better or worse than a '6'?  Is your rating worth maintaining if it demasculates trans men? Hint: No.

You could also say that vaginal contact changes your randomly selected metallic composition from Gold to… What, silver? Is that an upgrade or a demotion? Is Silver Star Gay better or worse than Platinum Gay? Is there a Bronze medal if you do the trans man, but only in the butt? Is there a Diamond category? Should we call a jeweler?

It’s human nature to try and make order of the chaos that is life by finding patterns and creating classificaitons, but free your mind with this: Systems that put people in boxes are for suckers. There are no categories. There is no scale. Labels are bunk.

Modern science and good common sense tell us that humans are capable of infinite combinations of attractions, that some people's sexualities morph over time, that they sometimes stay the same, and that they are all good.

There’s nothing to gain or lose by exploring your sexuality or “changing categories.” Two consenting adults who want to have sex that they enjoy and hurts no one should go for it. Embrace your entire spectrum. You’ll likely shine even more brightly when you leave Platinum and Gold behind.

My social feeds are packed with LGBTQ weddings. Not just longtime couples, but queers getting married for any reason, no reason and without reason. One friend threw an extravagant ceremony after knowing the woman six months.

My girlfriend and I are taking it slower than that, but after three years, we are starting to intertwine our lives and think about making it official. We don’t want to hop a bandwagon, but board a forever train. How can we be sure we’re ready?

The right to marry includes the right to do it like a Kardashian – without much forethought. The good news is that other people’s choices have nothing to do with you and your dearly beloved. What others do is none of your concern, and you can't discern their thinking anyway.

Forget everybody else. Now there's room in your head to focus and ask some questions.

What would need to happen before you feel ready? How do you compare on the big four: Politics, Religion, Sex and Money? Would you be unfulfilled if you remain unmarried?

Find the answers together. Discuss the whys and wherefores. You can’t be totally sure or predict the future, but you can enter into it more securely with communication.

A version of this article originally appeared in Q magazine. Read the full issue: