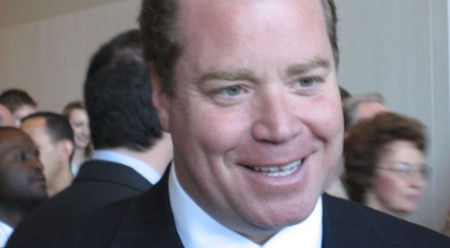 Think the progressive love fest that swept a black man into the White House and is about to take a Latina woman to the Supreme Court filtered down to Georgia?

If you did, consider this: It took about a nanosecond for the GOP side of the governor’s race to go all “family values” on us. You’d think that jargon had seen its day. It hasn’t.

“Everywhere I go in Georgia, people have been enthusiastic about my campaign for Governor,” said John Oxendine (top photo). “Our Contract with Georgia, with its focus on abolishing the state income tax, implementation of a national fair tax, and attention to important social issues, has connected with conservative Ronald Reagan voters.”

That’s from a press release touting the big bucks he’s raised so far. Then there’s this bit from an email to campaign supporters:

I am running to protect the traditional values Georgia holds dear from Roy Barnes and the liberals in Atlanta.

You know, traditional values such as loving church and guns and being able to take the latter into the former and other fun stuff he talks about on the rubber chicken lunch circuit. 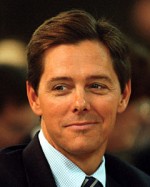 And the man once dubbed the “right hand of God” by Time magazine is returning to the arena where he had his greatest success to try and make it so.

“This is not going to be your daddy’s Christian Coalition,” Reed said in an interview to describe his new venture, the Faith and Freedom Coalition. “It has to be younger, hipper, less strident, more inclusive and it has to harness the 21st century that will enable us to win in the future.”