The most popular Project Q posts of 2011 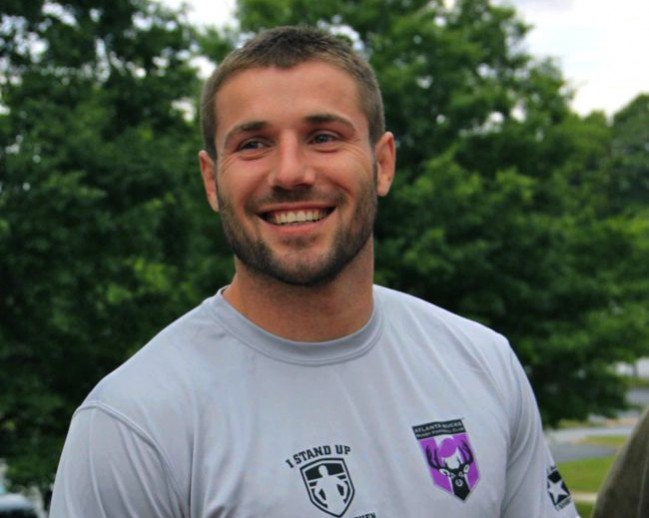 One great thing about being us -- and we count several among Project Q Atlanta’s blessings this year -- is having online resources to tell us exactly what draws your attention most. We don’t have to guess at how many people we’re reaching. Your clicks tell us exactly how interested you are in each post, ad, headline, calendar entry and photo. So no matter which posts we're most proud of or what we think the most important stories of 2011 might be, your clicks are your voice and make this list easy. Well, as easy as culling through the clicks of 1.3 million visitors and 3.8 million pageviews. But we’re happy to sweat it out and deliver you the results. Here’s what the numbers say about our most popular posts catching Atlanta’s queer eye in 2011.

Eddie Long’s ‘Wildchild’ gets paid for being bad. For the second year in a row, the sexual shenanigans of New Birth Missionary Baptist Church's megadaddy ranks as the hottest topic for 2011. Multiple twists and turns about Long caught your eye, but none more than that of recording artist wannabe Centino Kemp. The self-proclaimed “Wildchild” added his name as the fifth of Long’s accusers of sexual misconduct with his very own made-for-TV appearances, with video to boot. Kemp kept you entertained not just with his connection to the Long story, but with his own antics. Man arrested after gay sex assault in LA Fitness. When Edwin Troy Causey was arrested for allegedly masturbating and humping a gay gym-goer in the bathroom of the popular Ansley Mall gym, readers reacted first with shock and awe, then with sentiment for Causey’s instability. Rugby stud Ben Cohen in Atlanta to launch tour. Perhaps the biggest splash in gay Atlanta by a celebrity this year was made as the British athlete took his anti-bullying cause on a U.S. tour that started in Atlanta hosted by the gay Atlanta Bucks Rugby Football Club. Among multiple highly visited Cohen (top photo) posts in 2011, the rugby player announced while here that his Ben Cohen StandUp Foundation would be based in Atlanta. We followed him as he returned in October for Atlanta Pride and later released a 2012 calendar. Chick-fil-A chief hangs with Atlanta’s gay jocks. With the extensive scrutiny we gave the Atlanta-based chicken chain for its anti-gay donations and affiliations, perhaps the most surprising revelation was that Chick-fl-A President Dan Cathy not only rubbed elbows with the gays at October's AIDS Walk & 5K Run, but actually won the footrace in his age group. Homo hookers busted in Atlanta police sting. Cruising for a male prostitute in Midtown proved a little more difficult over one May weekend after Atlanta police posed as gay men seeking sex and busted some 50 alleged prostitutes.

Gay Atlanta men violently attacked in St. Lucia. Two gay men from Atlanta, including Michael Baker (right) and boyfriend Nick Smith (left), were attacked and robbed at gunpoint in March as they vacationed with friends in a Caribbean getaway known for its “widespread discrimination” based on sexual orientation. The story caught international attention, and eventually, St. Lucia officials apologized to the men for the incident and tried to deny the country's anti-gay culture as they tried to save face with potential tourists. Was that Lady Gaga at Sister Louisa’s Church? If you were hanging out at the gay-owned alterna-queer lounge in the Old Fourth Ward in September, you were in for a shock. None other than Lady Gaga herself reportedly waltzed into Sister Louisa’s Church of the Living Room & Ping Pong Emporium.

Drag queen, go-go dancer indicted for sex slaves. Metro Atlanta drag queen Pasha Nicole and gay go-go dancer Steven Donald Lemery were indicted in April on 18 counts, ranging from aggravated child molestation to human trafficking and possession of drug-related objects, for their alleged roles in enticing teenage males for sex and forcing them into sexual servitude including keeping them locked away. The case against the accused has not yet been fully resolved, and inquiring minds are sure to keep an eye on the story as it develops in 2012. Atlanta gay men are hung, kinky, size queens. Bigger, better and versatile. Fenuxe magazine’s Gay Atlanta Sex Survey results came out in June, and we had one thing to say: You gay boys are a whorish, kinky bunch who’d rather cheat on your man than take a few minutes to pleasure your own self.

Dance-floor smackdown starts with ass-grabbing at Blake’s. Grope me once, shame on you. Grope me twice and well, I’m going to slug you, perv. The scenario unfolded maybe more than once in Atlanta bars, but in February – not too surprisingly – the groper wanted the gropee hauled off to jail and involved the cops, which of course makes public records with juicy details available. You simply cannot make this stuff up, and a police report of the incident just makes it that much more real. Kemp photo from Fox 5; Cohen photo by Brent Corcoran; Baker-Smith photo courtesy Baker; grab-ass illustration by Tray Butler for Creative Loafing