The method behind this gay poet’s selfie madness 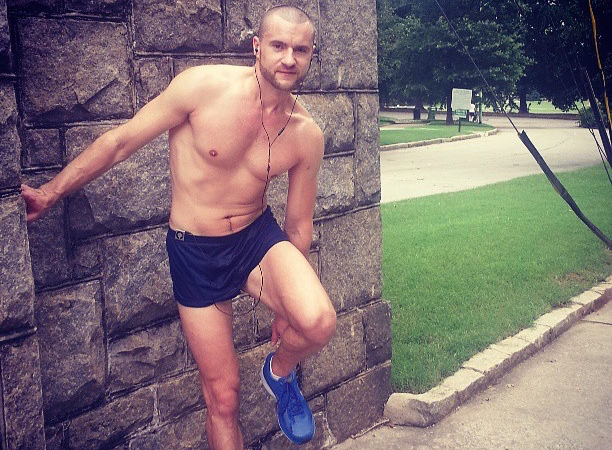 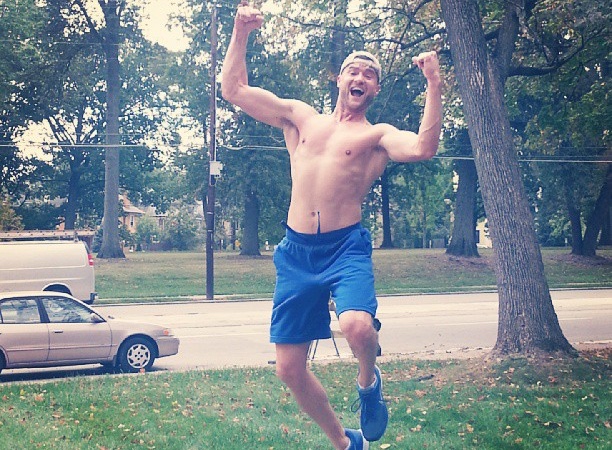 You could easily plow through Ben Kline’s “Going Fast in Loose Directions” in under an hour, but you’d miss the subtleties. And maybe if you’re one of this haiku-writing hottie’s Atlanta gays, you might just miss a story about yourself. 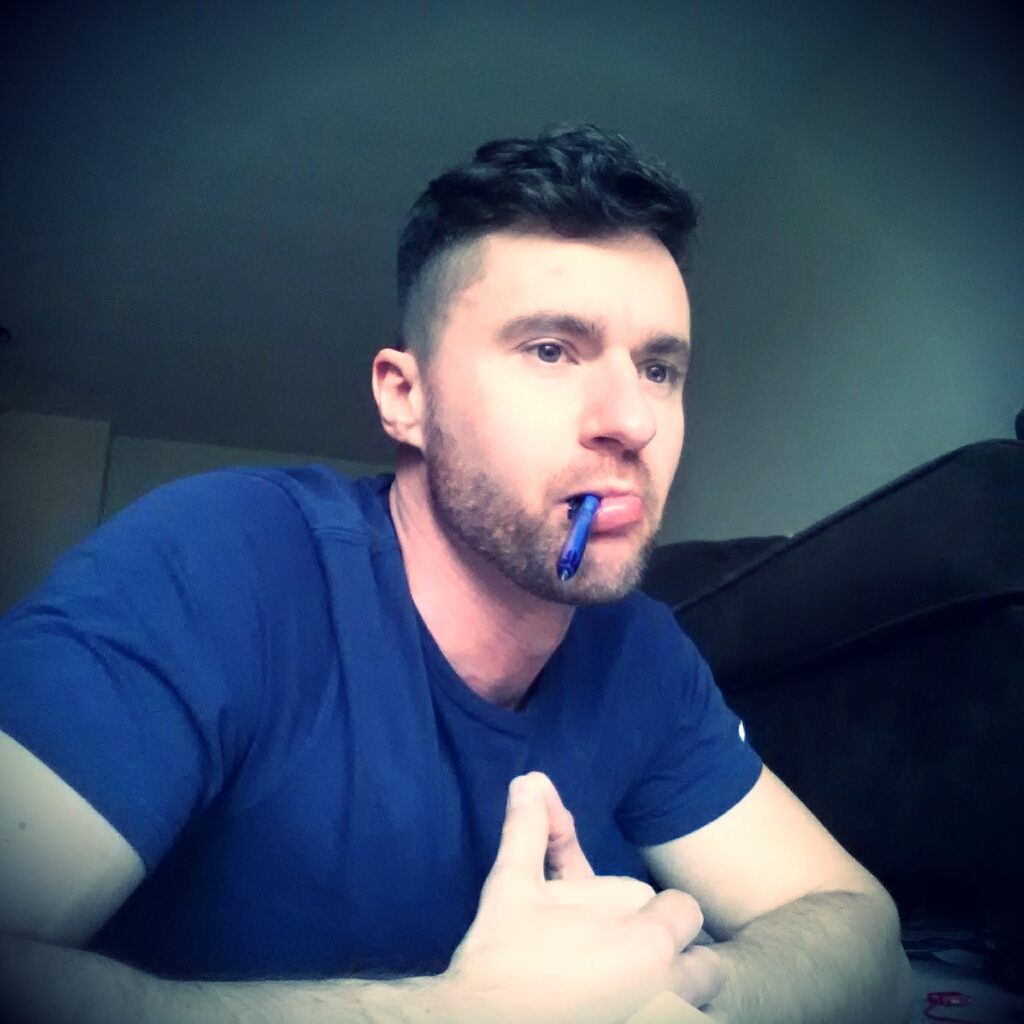 Already obsessed from Instagram (his account now defunct – boo!) and Tumblr trolling, we were surprised at first when Kline revealed that he was not a Georgia Peach. But by that point, his sex-positive haiku had us all hot and bothered and we simply had to proposition this frequent Atlanta visitor to find out more.

But Kline is way more than sexy selfies (top three photos): There’s a method to the madness. His Tumblr, Original Content Required (OCR), successfully amalgamates society’s superficial obsession with people’s exterior and the process of vulnerability required to revealing and drawing readers into their interior.

We chatted with Kline about the Joe’s on Juniper jumping point for “The Getting Laid Strut,” Madonna’s inspiration on his writing, and what’s next for this sexy wordsmith.

So is OCR accidental brilliance or an operating purposefulness? 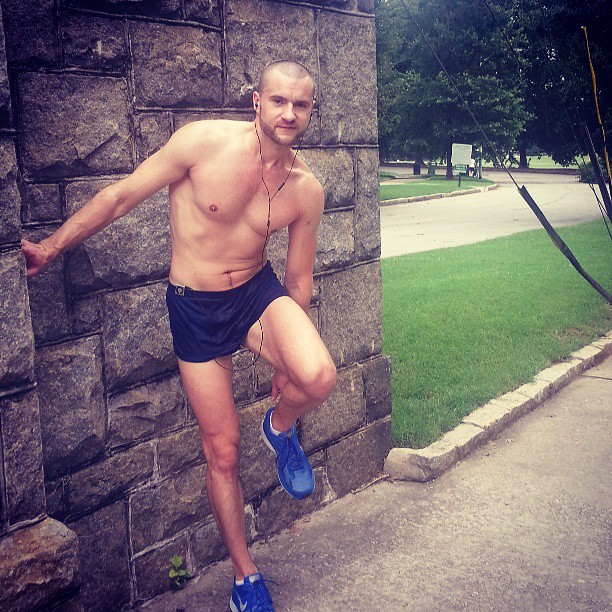 Operating purposefulness. I am very clinical and orchestrated with my work. Every entry is curated. Even spontaneity is planned.

So … that blending of superficial exterior and vulnerable interior is a big picture exploration of duality. How do those aspects interplay? What elements of them take precedent in what contexts?

The casual reader might quickly browse OCR and think “He’s just posting selfies and salacious photos to get likes and follows,” but that assessment misses the point. Or rather, dodges the point, because it isn’t always pleasant to think about image, about appearances and bodies, and how that relates to our places and paths in the world. 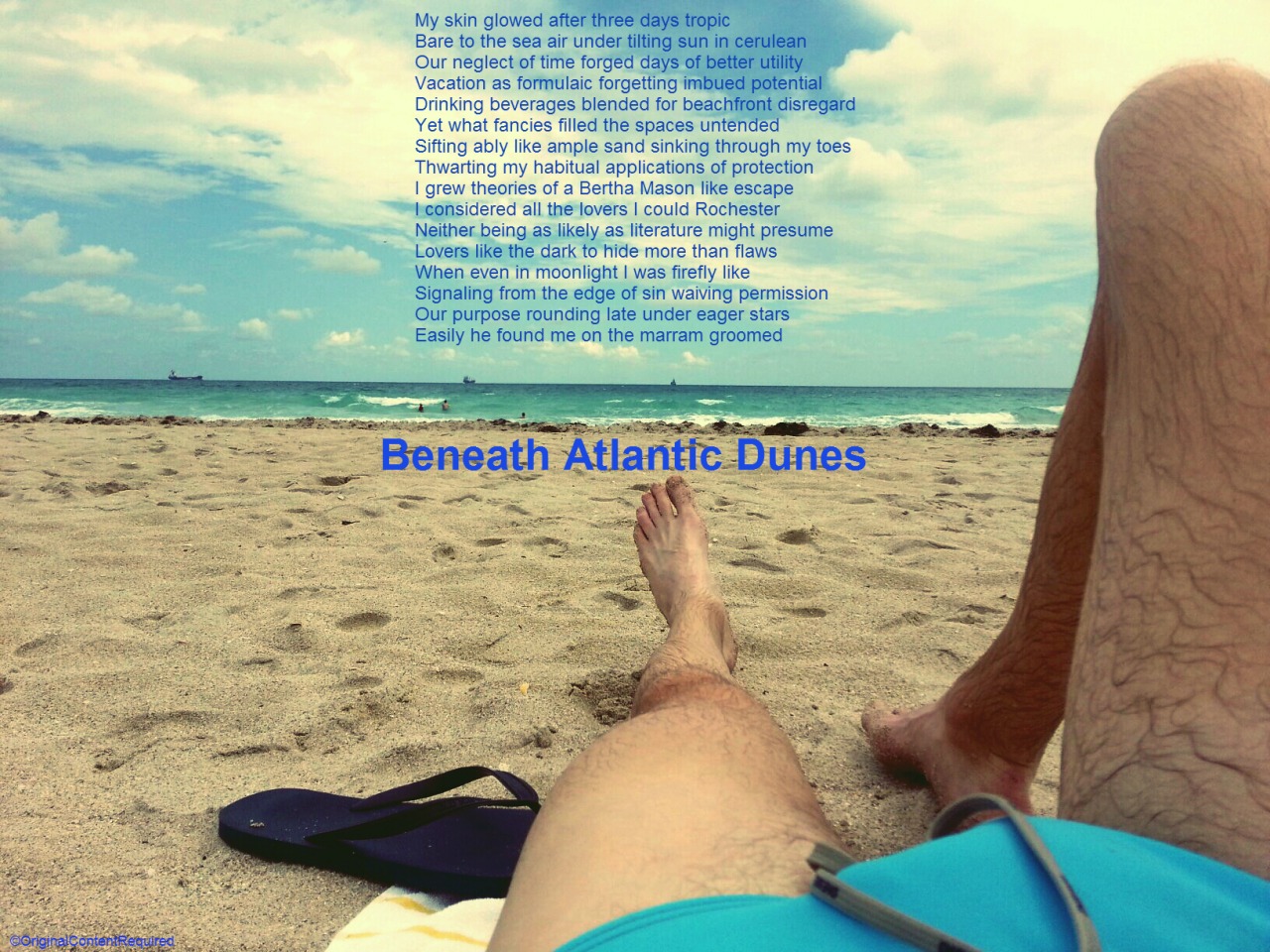 Where did the idea for OCR come from?

In 2010, I finished a long-term poetry project and immediately started thinking about what I wanted to do next as a writer and creator. I was uninterested in the long slog of a novel or an academic book of poetry.

I wanted to work in fiction, poetry and media; to explore various formats and genres, as well as a new way of publishing. I wanted a place where I could write, draw, record, or whatever on any subject I pleased, especially my favorite themes, such as sex, duality, politics, nostalgia, generational thinking, and most importantly, process. I wanted to record and share my creative process. I wanted an ongoing portfolio any editor and publisher could access immediately.

With those criteria set, I started a Blogger site, but found it limiting. I discovered Tumblr and proceeded quickly. While most of Tumblr is just photos/videos and reblogs of such, I decided to create in multi-format and never reblog. My site is only original content, thus the name. I strive to balance text works with image entries [fourth photo] and other mixed media. I struggle to produce audio/video/interactive pieces due to the time needed to craft such things.

While not all-consuming, your writing sits solidly on sex and the emotion (or lack thereof) behind it. Aside from animal instincts, where does your penchant for your writing focus come from?

I did not have a sex-positive childhood, but I was always a sex positive person, even from my single-digit years. My mother was sex-negative from any perspective. My father was happily sex-positive, as he spoke about sexual matters honestly and openly, even if from a straight perspective. In between them, I was lucky to be blessed with an early positive sense of self and a negative taste for narrow thinking.

As for sex having thematic prominence in my work? I blame Madonna. Her cultural and creative nadir from 1989-1992 ran parallel to my high school years and creative beginning. It’s her fault. 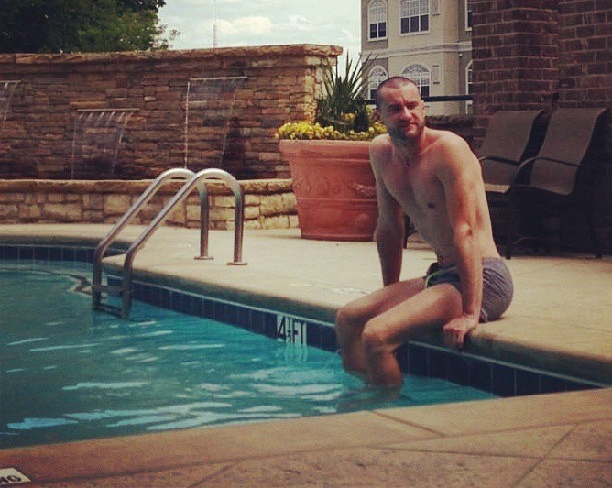 As a writer, have you ever dangled your own body out there for the response, hoping to turn attention into inspiration?

Of course. Not really for vanity’s sake, but for the examination of how we interact. How we wield our perspective and what motivates our attractions. For example, I am most fascinated by the amount of men with a fetish for feet. I do not understand it but have been struck by the commonalities of pederasts across all borders of country, class, race, religion and more.

Speaking of inspiration, the comment fiction and poems on your Tumblr, are they just creative writing exercises?

The comment pieces started as another exercise in 1) process and 2) writing with regularity. Now they feel essential to OCR and make the work more interactive and interconnected. Some of the fiction ones I have written about the art of John MacConnell are my recent favorites.

You started work on your poetry set “Going Fast in Loose Directions” in May 2013. That also seemed to serve as a renaissance in your writing – what happened?

Surety of the work. I had spent 2012 traveling and working solely on Original Content Required. I felt my vision for it was finally manifest. Thus, in January 2013, I committed to publishing traditionally again. By May, I was seeing the fruits of that in Headmaster Magazine and Knack.

Has your life changed in any way since the release?

Not in the day to day, other than a proud sense of humble accomplishment, but when I was in L.A. last summer, walking through West Hollywood, someone who had bought my book saw me on the street and yelled my name. That was weird, fun, and a nice way of discovering that people actually enjoy the work.

It’s been written that “Going Fast in Loose Directions” represents the “2014 gay Grindr-using, brunch-planning, H&M–wearing, white suburban hipster gay man.” Was that anything like your goal?

No. That review made me laugh. I liked it. I think it captures a perspective that my work accesses, but misses the other parts, particularly some of the critique of that said subset leveled in the second half of the book, “When You Talk About Sex and It Sounds Like Politics.”

On OCR, you reserve the right to edit at any moment, and you seem lately consumed by the racial problems in America. Should we expect any other influences in your writing?

I think my work is constantly influenced by current events. I read and watch a lot of news. Recently I’ve written about Ferguson, Eric Garner, the Republican takeover of Congress, crashing planes and much more. I like to write poems where the title is actually the date, such as here, or is directly about a current event, such as here. I don’t believe I could be a period writer. Victorian schmorian.

“You have several series of poems including “Proposition” and “Men I Know,” that are numbered. Talk about your process there.

The Proposition haiku originated from a poolside conversation with friends in Atlanta, where we were all talking about our weirdest one-night stands. One story involved a guy who spent the pre-sex dinner writing haiku on his napkin. For some reason, that inspired me to write a series of one hundred haiku telling the tale of a complicated one-night stand, sort of. The series is disjointed, the plot non-linear, and the characters vague. The voice changed frequently. Overall, if you were to read them one to one hundred, including the .25, .5 and .75 additions, they’d likely not make much sense.

Meanwhile, the “Men I Know” series started from the idea of reflecting on past lovers and acquaintances, from both the perspective of the narrator and the lovers. I had the idea of having an entire section of “Going Fast in Loose Directions” devoted to them, but then, most of them were not very good.

I continue to write pieces for the “Men I Know” poems, when a clever idea manifests.

You spend quite a bit of time in Atlanta, so how much peachy influence is on the pages of “Going Fast in Loose Directions?”

A lot of the poems’ earliest drafts were written in sketchbooks between the summer of 2012 and the spring of 2013, long before the book was even a idea, when I was spending a lot of time in Atlanta. One fun example: the very first lines of “The Getting Laid Strut” were written on the back of an apartment guide on the patio at Joe’s, inspired by some random, suburban looking fellow walking across the patio with a swagger that drew eyes from several tables.

Possibly a man you know or two?

Best and worst advice you’ve received in your writing career?

Worst: Write what you know. How can any of us grow, writers or not, if we only focus on what we know and not what we can learn!

You’ve alluded to your desire to write more fiction. What does that mean for you in 2015?

More hours writing. I find fiction easier to write, but far more time consuming. I’m working on several short stories concurrently, which has reduced productivity on Original Content Required. I’d like to write a book of short fiction, but even with a couple of dozen story drafts on file, I have yet to land on a satisfying theme or central concept. Nor have I written any drafts that just pop for me as a reader the way Jess Row’s “The Empties” knocked me down when I read it in The New Yorker.

I would also like to produce something collaborative with a photographer or artist. I can see myself rewriting the Proposition Haiku and working with an artist or photography on a coffee table style illustrated edition.

Keep up with Ben Kline on Original Content Required (OCR).