‘The hookup was good, but I think I want more than that’ 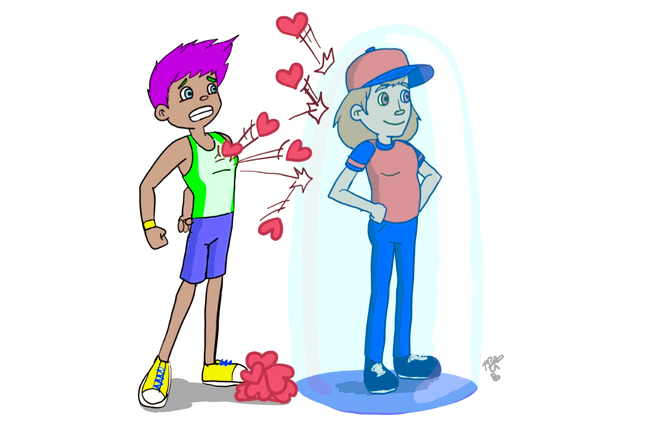 The hookup was all good. Now you're all in, but are they? What happens when three Q readers who want more find out that their objects of affection might just be hittin' it and quittin' it?

The softball teammate I’ve always had a crush on found out I like her, and long story short we had sex. Good sex. Great sex. We were already good friends with lots in common, so now I keep daydreaming about us together.

I don’t want to make a big deal out of it, but then again, she is making too little of a deal out of it. She avoids being within a foot of me, all while wrestling, rough-housing and basically being all over other girls on our team. It’s killing me.

Wanting women I can’t have is a pattern for me. I’m so needy. What can I do?

Everyone of us has been in a one-sided romance, but you’re jumping the gun. There’s not enough information to go on the downward spiral of gloom.

Most of your internal drama comes from sitting in the dark. Buck up, and turn on the lights. Letting your imagination run away with you creates worst-case scenarios, which in turn can cause you to act in ways that might ruin your friendship – and your chances.

The only way to find out is to ask what sex meant to her. She may be coming to terms with it, but then again, maybe you’re on the same page and she’s just as nervous as you about seeming needy.

Either way, be ready to accept the answer and clear the air so you can keep the friend.

I’ve been with the same guy for seven years, but the magic has been gone a long time. I love my husband, but lack of excitement has led me to stray several times. It never mattered until a recent hookup flooded over into the parking lot, then to his place.

The mutual plan was to keep it No Strings Attached, but the more we got together, the more I realized that this guy is special. I knew I shouldn’t, but got caught up anyway.

Then I texted, and he was on a date. Now he’s not responding at all to texts or calls. I get that this is a situation I shouldn’t be in at all, but I want him back in my life on some level.

You’re married. He’s dating. The relationship is over. He knows it. You don’t. One-sided breakups suck, but expecting to have your cake and eat it too is why you’re here in the first place.

You want to listen to your heart. Cool: Your heart wants romance. You’re missing emotional connection even as you agitate the void.

Step one: Deal with your marriage. Get counseling to fix it, or get single so you have something to offer in the next potential relationship.

The sexiest man in the universe gave it to me good, and now I’m smitten. I’m aching to get to know him, but I can’t get a callback. He hit it, but did he quit it?

Sorry, boo. If you’re desperately texting, calling and hitting him up without response, you have your answer.

This article originally appeared in Q magazine. Pick it up each week, and read the full issue below: