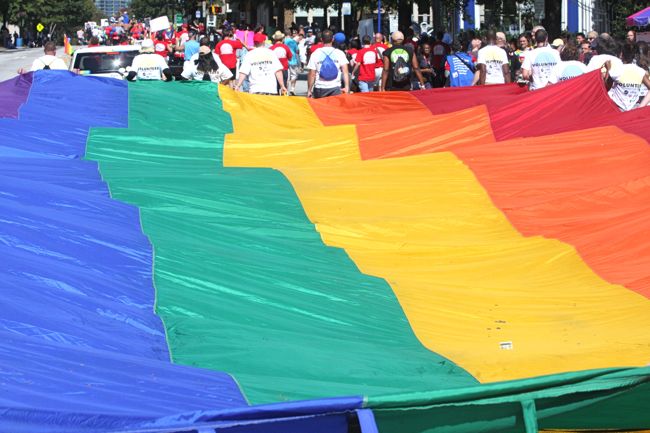 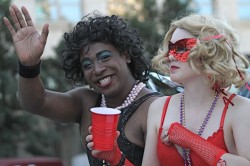 The signature event of the Atlanta Pride Festival–Sunday’s parade–offered scores of floats and entries, from churches to sports groups, retail outlets and restaurants, and elected officials and non-profits.

After hours of putting on the final touches at the staging area along West Peachtree Street and Ralph McGill Boulevard, the parade stepped off at 1 p.m. with a motorcycle escort from the Atlanta Police Department and several dykes on bikes. Big bikes.

Protesters dotted the parade route along Peachtree Street and as it turned onto 10 Street and headed to Piedmont Park. But the large crowds and thousands of people there to enjoy the parade hardly seemed to notice. In fact, they put on their own spectacle by dressing in their Pride best, doffing their shirts, dying their hair and carrying rainbow flags. 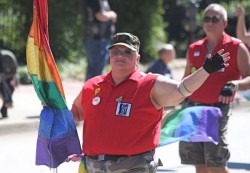 In the parade and on the streets watching were plenty of hunks, enjoying warm temperatures and plenty of sun.

Next to the reviewing stand on 10th Street near Piedmont Avenue was a station for 11 Alive, which broadcast the parade on its website.