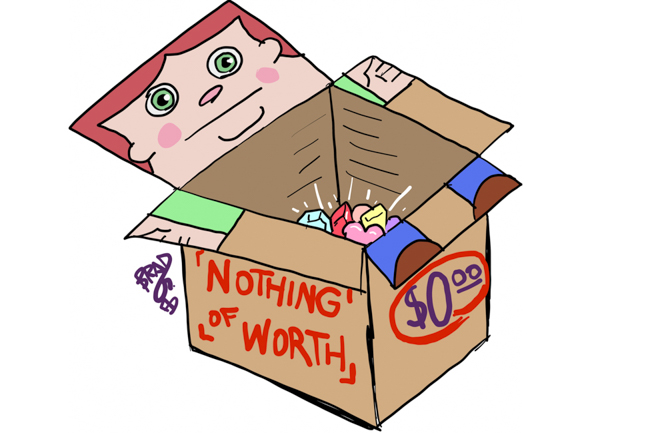 Ever worry you're being basic, stupid or just blind? It's a common challenge, but not necessarily because of the reasons we think.

I’ve been dating a pretty perfect person for about a year. One of the things that attracts me to them is their exacting and precise way about everything. When they get something done, they get it done right.

Dinner parties are done by searching Martha Stewart videos. Every home task is researched and organized from concept to completion. The most obscure music is analyzed, and every movie is hashed out afterward.

I’m the opposite. If people are coming over, I want to make popcorn and put a few bottles of booze on the counter. I listen to pop radio and don’t care enough about most movies to talk about them afterward. I enjoy the results of my partner’s efforts, and I admire their commitment, but I don’t care enough to do things that way myself.

If something needs doing, I’m fine with “fine.” I’m OK with functional. I’m… basic. I admit it. I’m basic!

My partner says they love me as I am, and that my way is “cute.” Still, I don’t think they find themselves admiring me the same way I do them. I love this person deeply, but I fear I’ll never live up to their standards, and usually I just feel like I’m not good enough.

First and foremost, no one can make you feel inadequate but you. Even if your partner was actively trying to make you feel that way, it’s up to you to accept or reject such bullshit.

In your case, it sounds like they’re not abusing or gaslighting you, and that you may be sabotaging yourself. In fact, you may actually be “perfect” for Mx. Perfect. While you (and maybe them, over time) may find that there is no such thing as perfection, and pursuing it obsessively is an anxiety attack waiting to happen, their approach is just them being them. As beautiful as that is, so is you being you.

Opposites do attract — and for good reasons. Maybe your partner can learn to be a tinge less relentless, and maybe you can learn to nudge closer to minding a detail or two. In the meantime, believe them when they say they love you. And by all means, relax and enjoy the fancy meals, well organized home, exposure to cool music and insight on movies.

My husband had an affair with another guy about two years after we met but supposedly cut it off. Unbeknownst to me, they kept it up for 20 years. During that time, we built a life together as husbands, and in an effort to salvage that, he agreed to end the love part of their relationship.

I do believe that he has not seen this guy again since our agreement, but they are having some phone conversations. My husband says it’s OK because they are just friends now, and that I am unreasonable and being “stupid.”

Should I “man up” as he says and accept that I “won,” or is it fair to ask that even these calls stop?

You’re not stupid, but you may be blind. While people can change sometimes, your husband appears not to have even tried. The pattern of behavior — making promises, doing whatever he wants afterward while lying about it — has lasted 20 years.

Even if we assume that they really are “just friends” now, you’ve got a big problem. Logically, friends on the phone do no harm, especially compared to two decades of lies. But emotionally and taken in the spirit of rebuilding trust, it’s unreasonable. Actually, it’s egregious for him to ask you to put up with it.

Where you go from here is a tough road no matter what you decide. If your husband is as willing to make a change as he says, and you are willing to believe he’s capable of it, you’ll both have to work hard to make it happen. Deciding to leave would be difficult as well, but if the only person you trust is you, you’d still be in better company alone.

Whichever way you go, learn to think more of yourself without his characterizations, and unpack the toxic phrase “man up.” Better yet, throw it out without wasting another minute on it.