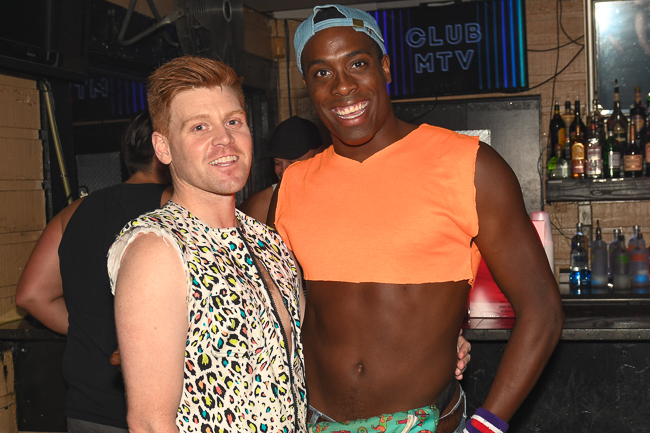 Post-Pride Halloween fever has already begun, so see what trouble you can get into with booscary, and otherwise, events on the queer agenda calendar.

The IN-Between. Artist Emily M. Getsay presents photography, performance and sculpture exploring the spaces we occupy before we transition into who we are supposed to be @ The Bakery, 6 p.m. Nudity, strobe lights, reference to rape and sexual assault. On display through Sunday.

Chug (middle photo). The only drag show in these queer-owned, straight-inclusive Edgewood halls with the House of Alxndr @ Georgia Beer Garden, 11 p.m.

Little 5 Points Halloween. Come one come all to this annual festival and parade @ Euclid Avenue, 12 noon

#Daydrunk: Corn on the Macabre. Drink specials put you to bed early or make you the life of the party as the sun drops @ Mary’s, 2:30 p.m. Do it, and you may not remember what you did during the regularly scheduled shenanigans, 9 p.m.

Atlanta United Playoffs Brunch Tailgate. The gay pro soccer fans of All Stripes do pre-gaming festivities before the match. Look for the rainbow flag extravaganza @ Lot 1 “The Gulch” outside Mercedes Benz Stadium, 10 a.m. The match is also on TV @ Woofs, 1 p.m.

Misc Edgewood. Watch “kings, queens and in between” in a seven-week elimination competition for the title @ Noni’s, 10:30 p.m. Sundays through Nov. 10

A version of this calendar originally appeared in Q magazine. Read the full issue online below:

Pick up a new edition of Q each week at queer and LGBTQ-friendly venues around town, and check back every Thursday for the latest Queer Agenda of weekend events. You can also check out our schedule of queer Atlanta’s biggest and best fall shows, soirees and special guests through Thanksgiving.