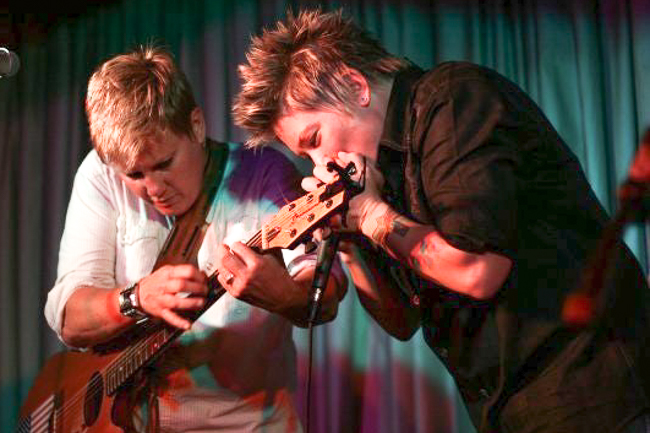 Entertaining Lesbians. The newest play by Topher Payne follows a straight white woman with a checkered past who needs to woo Atlanta’s highest-society lesbians. The show gets a dry run @ Out of the Box Theatre, Marietta, 8 p.m. Runs through Aug. 17.

Head over Heels. The Gogos catalogue backs this musical with queer Atlanta performers in the cast @ Actor’s Express, 8 p.m. Runs through Aug. 25.

Hotlanta Softball Season Closer. All those teams, all those beer busts and all that HSL softball ends for the year @ Midtown Moon, 3 p.m.

Armorettes Auditions 1. The first round of tryouts to join the camp drag charity troupe @ Heretic, 8 p.m.

Under the Rainbow. Candybox Revue burlesques the house down @ My Sister’s Room, 11:30 p.m.

Armorettes: Auditions 2 (bottom photo). The camp drag crazies with the hearts of gold against AIDS are in their 41st year of weekly shows @ Midtown Moon, 8 p.m.

A version of this feature originally ran in Q magazine. Read the full issue online here:

Pick up a new edition each week at queer and LGBTQ-friendly venues in Atlanta, and check back every Thursday for the latest Queer Agenda of weekend events. You can also check out our schedule of queer Atlanta’s biggest and best summer shows, soirees and special guests through Labor Day.